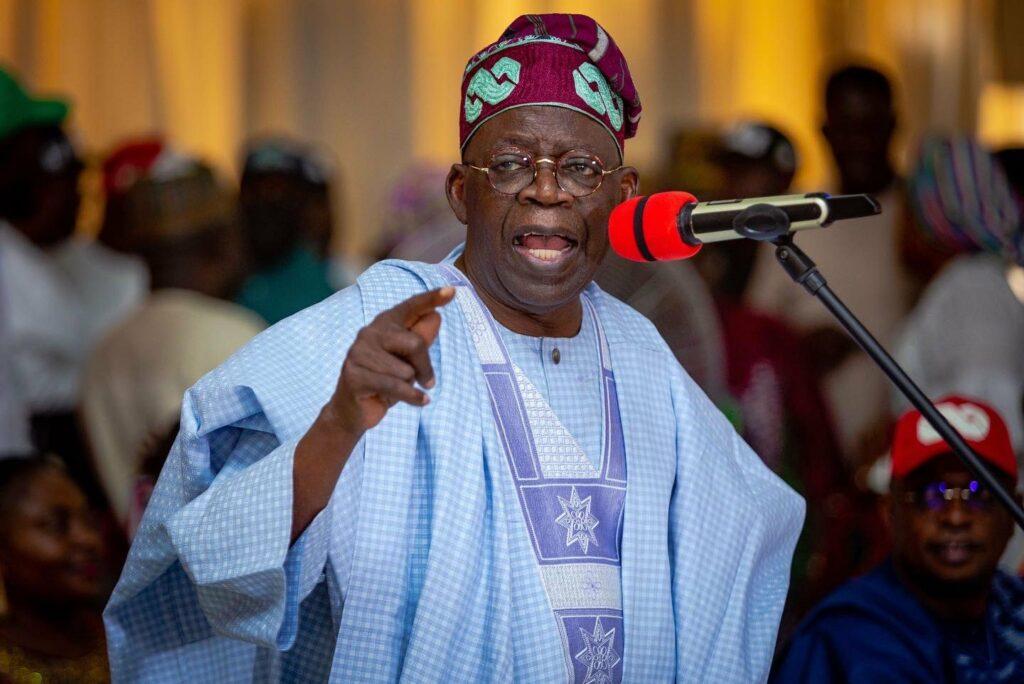 BENIN CITY – EDO state chapter of the All Progressives Congress ( ,APC) and the Network of Clergymen in Nigeria (NCMN), South -South zone late Wednesday hailed the emergence of Asiwaju Bola Tinubu as the presidential candidate of the party.

A statement by the coordinator, South-South of the group, Joseph Francis commended the process that brought Tinubu.

He said:”For us, we have always prayed that God who led him through the tough time and the sweet time in the past will definitely see him through as he is set to take the country from the shackle of darkness where terrorism, banditry hunger,  insecurity,  joblessness have led millions of Nigerians into desperation of searching for greener pasture elsewhere.”

The Edo state chairman of the APC, Col David Imuse ( rtd) in a statement sais “I commend your courage, patriotism and remarkable spirit of sportsmanship which you displayed throughout the consultation period up to the National Convention.

“I also salute the doggedness, determination, the charisma and sagacity which you brought to bear on the Presidential primaries; this  helped in no small way in uniting all the delegates across the country, including all of us from Edo State, in your favour.

“There is no gainsaying the fact that you are eminently qualified for the high office of the President of our great country and your aspiration is driven by patriotism which tallies with the mission of the All Progressives Congress (APC) to move our country forward.

“All of us as delegates have spoken and resoundingly so in electing Your Excellency as the Presidential standard bearer to lead our Party and indeed Nigerians to victory in 2023, buoyed by your performance record and unmatched popularity across the nation.

“It is not a coincidence, that you took the mantle as Presidential candidate few days to the democracy day in the country; a date which significantly reinforces our unity as a nation, and invites you to lead the country on the path of national cohesion and economic prosperity.”
The post 2023: Edo APC, clerics laud Tinubu ‘s victory  appeared first on Nubunk News.