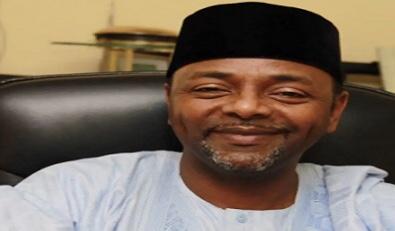 Although the primaries in a number of states were greeted with violence, horse trading, alleged manipulation, vote-buying, some politicians demonstrated a great deal of sportsmanship.

While some political heavyweights got party tickets, some failed to secure their reelection bid, some aspirants bought nomination forms for two elective positions, as a backup plan.

Meanwhile, quite a number of children of politicians secured their party tickets to test their popularity and chances in 2023 elections.

One of them is the son of late Sani Abacha, former Nigerian Head of State, Mohammed Abacha, won the Kano governorship ticket on the platform of the People’s Democratic Party, PDP, in Kano State.

Abacha scored 736 votes, against his closest rival, Ja’afar Sani-Bello, who scored 710 votes, to emerge as the winner.

Similarly, the son of former governor of Jigawa  State, Sule Lamido, Mustapha Lamido emerged the governorship candidate of the opposition PDP in the state.

Lamido defeated his opponent, Sale Shehu, a former Minister for Works by 829 to zero votes, to secure the governorship ticket of the PDP.

In Kaduna, the eldest son of Governor Nasir El-Rufai, Bello El-Rufai, won the All Progressives Congress (APC) ticket for the House of Representatives in Kaduna North Federal Constituency.

Vanguard reports that his opponents at the primary had stepped down to pave way for Ajimobi as the party’s flag bearer ahead of the 2023 general election.

Ibori-Suenu had polled 46 votes to defeat her arch rival, Ben Igbakpa, who scored only 22 votes in a run-off primary election.

Junaidu Yakubu, an aspirant for the seat in the APC, had withdrawn from the contest, to pave the way for Ganduje’s son.

The governor’s daughter had returned unopposed in the primary election for the seat.

Olamijuwonlo, a former chairman of Ogbomoso North local government area, had secured all the 150 votes to clinch the ticket of the APC.

Meanwhile, speaking on the development, a Senior Lecturer at the Department of Political Science, University of Lagos, UNILAG, Dr. Isiaka Adams, noted that there is no problem with children of politicians vying or taking elective positions, provided they are better qualified and not purposefully imposed on the people.

According to him, elites would naturally circulate themselves in positions of authority, which determine allocation values and resources in the society.

He, however, said morally speaking it may be wrong, because there are people better qualified for the positions, but are denied by irregularities of electoral process and democratic procedures.

Adams said, “Ordinarily, we have seen that in the advanced democracies. In the US we’ve had the Adams and the Bush families.

“Even in Pakistan and India, we’ve had the Nero family and Gandhi family.

“That’s not to deny children the opportunity to lead politically, but what is wrong or should be condemned is a situation whereby you manipulate it in such a way that you purposely install your children.

“We have forgotten that we are not running a monarchy,” he said.

“But, if their children are qualified and it’s the wish of the people, there’s nothing bad in it,” he added.

Adams, however, said Nigerians need to interrogate the politicians installing their children to assess their score card while in government.