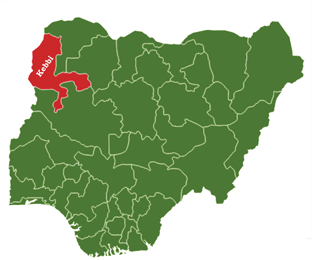 As 2023 general elections draws near in Nigeria, the Kebbi state Chairman of National youths Caucus of Nigeria (NYCN) Alhaji Sanusi Bala Dan inno has charged youths in Kebbi and the nation at large to embrace self discipline and high moral standards during and after the polls.

Bala gave the charge at the state office in Birnin Kebbi, according to him most politicians have abandoned the youth after winning elections now that polls are near they have renewed relationships with them to again use and dump them.

He warned youth to desist  from abuse of their enegies by engaging in thuggery and political killings because they have made themselves willing tools in the hands  of greedy politicians “you must be far away from thuggery and as well resist being used by them to forment trouble, ask them to bring out their children if they really need power” he said.

In a related development he advised the youth in Kebbi and Nationally to remain law abiding and respect good policies of government and as well appreciate physical development brought by government.

He further stated  that, the future of Nigeria lies in the hands of youths he urged to make good use of their votes and not to vote along religious,  tribal or regional lines saying the country belongs to all of us we only need good leaders from anywhere.
The post 2023: NYCN charges Kebbi youths on discipline, political thuggery appeared first on Nubunk News.