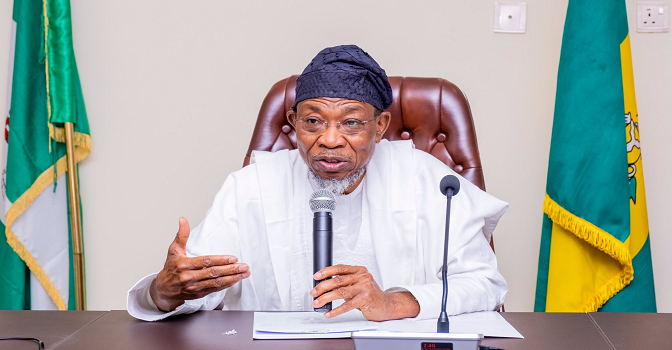 BENIN CITY – THE Minister of Interior, Ogbeni Rauf Aregbesola on Tuesday threatened to sanction without delay any Nigerian Immigration Service (NIS) personnel involved in passport racketeering.   He gave the warning in Benin City, Edo State when he launched the Enhanced e-Passport and the Commissioning of the Central Passport Production Centre which would serve Edo and Delta states.

He said the enhanced passport is delay proof that would meet the target of six weeks to get a new passport and three weeks for renewal adding that the Benin office was opened to serve Edo and Delta state because outside Lagos, Edo had the largest number of passport applicants.

Aregbesola said despite the global challenges posed by the COVID-19 pandemic, the NIS was able to produce about three million passports within the period adding that this year; the NIS has produced 625,000 passports out of the 750,000 applications it has received.

He said there are 10, 000 e-passports available on the platform for applicants that would take at least five weeks before it would be exhausted hence the issue of scarcity would not be an excuse.

He said: ““President Muhammadu Buhari’s charge is very explicit to make life easy on getting a passport. Buhari expressed concern especially those abroad in getting passports. So what we are doing now is ro remove all the hurdles. We have 10, 000 passports on this platform so every Nigerians desirous should be able to get it.

“For our men who are quick to tell people that there are no passports just to exploit them, those who give unkind and harsh treatment to passport seekers will be dealt with henceforth.

“Very soon, there will be signposts in all passport offices all over the country where numbers that the public can easily call if they are being treated shabbily by men of the NIS.   “I can assure you that by December this year, the entire passport issuance process will be digitized.”

He added that the enhanced e-passport carries 25 additional security features and is rated to be among the best in the world in terms of durability and quality.   On his part, the Acting Comptroller –General, NIS, Idris Jere, said the new passport format would come in three categories: 32 pages for five years, 64 pages for five and ten years at different costs.

Edo state Governor, Godwin Obaseki who accompanied the minister to the commissioning said the unveiling will bring relief to passport seekers and ease the application process as he promised to help the Service build its new passport office in Auchi to serve people from Edo North Senatorial district and its environs.
The post <strong>Aregbesola reads the riot act to Immigration officers into passport racketeering</strong><br><br> appeared first on Nubunk News.