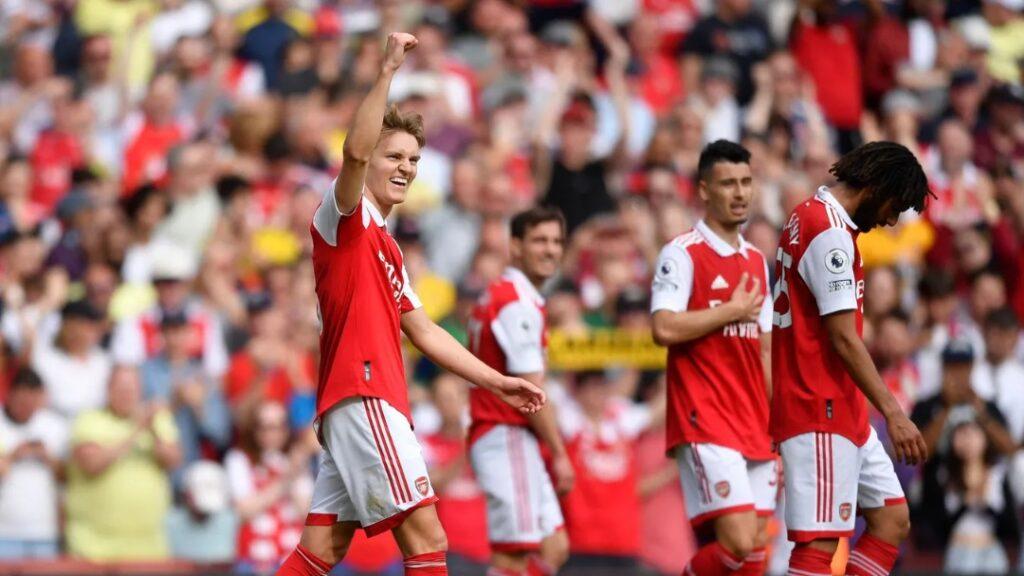 A comfortable 5-1 home victory over Everton on the final day was not enough to earn Arsenal a fourth-placed finish, with Tottenham Hotspur winning 5-0 at Norwich City.

Alex Iwobi’s handball allowed Gabriel Martinelli to break the deadlock from the penalty spot on 27 minutes.

Arsenal doubled their lead four minutes later when Martinelli flicked a corner on to Eddie Nketiah to head past Robin Olsen.

Donny van de Beek reduced the deficit on the stroke of halftime, tapping in a Dominic Calvert-Lewin cross.

Cedric and Gabriel added the Gunners’ third and fourth in a three-minute spell before Martin Odegaard completed the scoring eight minutes from time.

Arsenal finish fifth with 69 points, two less than their north London rivals, and will play in the UEFA Europa League next season.

Everton, who guaranteed their Premier League safety with victory over Crystal Palace earlier in the week, finish 16th with 39 points.