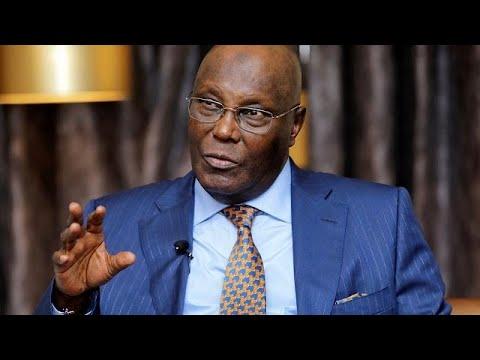 A petroleum economist and Atiku’s ally, Dr Ahmed Adamu had posted on Twitter in the early hours of Wednesday that he booked a VIP room for him to watch a football match, but he (Atiku) declined the offer and preferred to watch the soccer match at the common section.

Adamu, thereby, described Atiku as “a very simple man” in a bid to appeal to the emotions of Nigerian populace and electorate ahead of 2023 general elections where he will be slugging it out with Bola Tinubu, Peter Obi, Rabiu Kwankwaso among others.

Why am I supporting Atiku Abubakar?

The tactic, however, was dragged by tweeps describing it as a common strategy by politicians to deceive Nigerians before elections.

Adamu tweeted, “I took @atiku to a public Cafe to watch a soccer match, and I booked a VIP room for him. When he came he said, “Dr Ahmed, this is so elitist. Take me to a common section where everyone goes.” Then, I took him to a general viewing hall, and joined other people. A very simple man.”

He also posted pictures of Atiku, himself in a Manchester United away jersey and some other men in a football viewing center.

A tweep, Peter Obi… We are the Structure! @Oserume1 tagging both Adamu and Atiku reacted, “Una don start again ooh. That’s how during 2015 campaign season, Buhari and Osinbajo used picture of them drinking tea with sachet Milo to form simple people. They got into government and the price of Milo was above the reach of simple people…”

Nefertiti’s boyfriend @iamstevemario tweeted a reaction as, “Wait you took him to the general viewing hall and am seeing just 2 abi 3 people in general viewing hall? Una no get customers ooo, Now everyone Dey copy Obi, very soon Atiku go begin fly economy, we are gradually building the bridge, thank you Peter Obi”

“Your Generation Put Us In This Big Problem… Rest! And Allow The Youths & Your Children Inclusive Take Back Our Country Out Of The Hands Of These Men You Keep Campaigning For,” Cobi @Sir_Chubsy said on Twitter.

Olorì Ókó Shooter @ajiroba_abayomi just tweeted a simple reaction, “Old format,” and Joey @joeydave24 said, “Come of it man. This man is never and will never be simple. It’s because election is fast approaching. I met him in Asokoro some years back for few questions and he snubbed and told me to go to hell that was when he lost election in 2019.”

Me @xkalibaer reacted, “Oga Nigeria don pass this nonsense strategy. We all know that is some arranged stuff. Event that the same two faces kept appearing in all the pictures is that interaction with the common man? If he hasn’t been going to the general public previously it is hypocritical. Focus…” Political alliance only way to Igbo presidency — Ozobu
Next Article