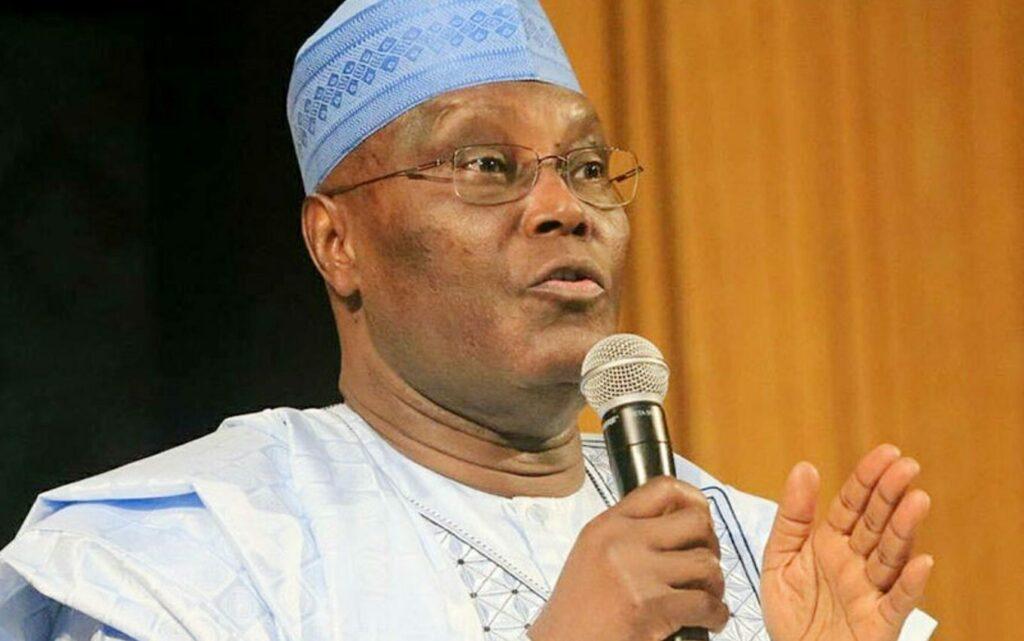 Concerned group otherwise known as the Nigeria Equity group has described the emergence of former Vice President, Alhaji Atiku Abubakar as the Peoples Democratic Party, PDP, and presidential candidate as “potentially dangerous for the presidency to remain in the North.”

The group in a statement by its national convener of the group, Dr. Emeka Nwosu and Alhaji Mohammed Mubarak urged the All Progressive Congress, APC, to search for a Southern Christian through consensus, for peaceful coexistence.

The statement reads in parts: “We wish to draw attention to the fact that the Nigeria Equity Group (NEG) has campaigned vigorously for equity, fairness and inclusion in our body polity.“In our several interventions over the years, we have appealed to the major political parties to be mindful of the complex heterogeneous Nigerian society and to work out a political solution that will be fair, inclusive and equitable to all.

“In this case, we believe what is just and fair is for presidential powers to be zoned to the South, specifically to a southern Christian, after the eight-year rule of President Muhammadu Buhari, a northern Muslim. We consider it to be very inequitable, unfair and potentially dangerous for the Presidency to remain in the North after President Buhari’s tenure.

“We wish to note that the various crises that have plagued the Nigerian society lately stem from the feeling of neglect, marginalization and inequity. These cries of marginalization seem to have some validations and have been amplified under the tenure of President Buhari who apparently has favored the North in key appointments and interventions.

“For instance, all the leaders of the various arms of government are Northern Muslims, starting from President Buhari himself; Ahmad Lawan, Senate President and Chairman of the National Assembly, and Ibrahim Tanko Muhammad, who is the Chief Justice of Nigeria. Key appointments in the military and paramilitary agencies are also skewed in favour of the north.

“This atmosphere has heightened the call for a more equitable distribution of political offices and appointments in a manner that reflects the complexity and diversity of the Nigerian State. We, at the NEG, have been at the vanguard of this campaign because of our love for Nigeria and understanding that it is in the country’s strategic and long term interest to put issues of equity and inclusion at the centre of our politics.

“We therefore totally condemn the decision of the PDP to elect a northern Muslim presidential candidate at this point of our national life. This is a potentially dangerous decision that has serious implications for national unity and security. We strongly believe this decision does not bode well for our country and would lead to further crises and aggravate the growing fissures of the Nigerian society.

“We will therefore mobilize Nigerians of goodwill everywhere against this act of arbitrariness by the PDP. We note that one man’s ambition cannot be greater than the security and stability of our country”.

“We call on the ruling Party, the All Progressives Congress (APC) to be deliberate about its search for a Presidential candidate and to work towards a consensus around a southern Christian, for the sake of the peace and long term good of our country. This would demonstrate that the APC has better understanding of the Nigerian society and is a Party built on trust, goodwill, and diversity.“We assure the APC of total victory if they do this as we will mobilize Christians and Muslims, northerners and southerners, and all men and women of goodwill to back this ticket.Finally, we note that Nigeria is on the precipice and we should be careful not to push it down the cliff”.
The post Atiku’s emergence: potentially dangerous for Presidency to remain in North – group appeared first on Nubunk News.

2023: Why cabals in Presidency want Goodluck Jonathan back in office — Olu Falae reveals
Next Article