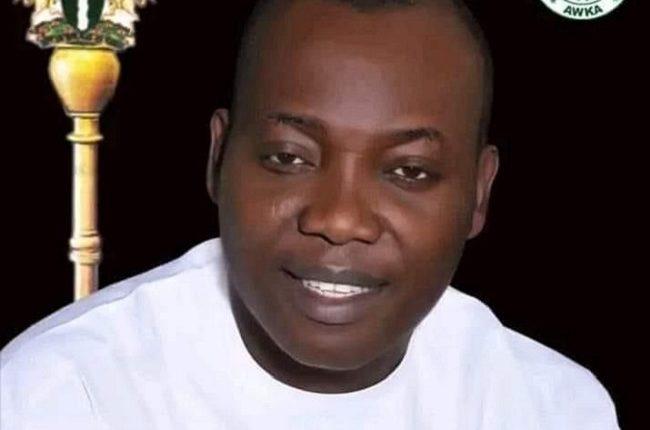 The International Society for Civil Liberties and Rule of Law, on Wednesday, said it commended the Director of State Services, DSS, over the arrest of the suspects who were allegedly involved in the kidnapping and beheading of a current lawmaker of Aguata state constituency in Anambra state last month, because “it was fastest arrests in recent times in connection with violent crimes.”

The intersociety group led by Emeka Umeagbalasi, alongside Barr Obianuju Igboeli, and Barr Chidimma Udegbunam, stated this in a statement issued to newsmen in Owerri.

According to Intersociety, alleged that “An Unubi High Chief and malevolent herbalist, Chief Chukwujekwu Onuorah, alias “Egbe-Ejiejeogu” has been arrested by the operatives of Anambra State DSS Directorate. His arrest is one of the high profile and intelligence and technology-powered and fastest arrests in recent times in connection with violent crimes.

“The arrested kingpin is the blood brother of revered Queen and Founder of the Famous Egedege Cultural Dance, the 80 years old Queen Theresa Onuorah of Unubi in Nnewi South Local Government Area of Anambra State.”

“The arrested anti-humanity and property violent crimes kingpin, Chief Chukwujekwu Onuorah is believed to be in his 70s and third in rank by birth after Theresa and Late Boniface (first son). His arrest was in connection with the abduction, disappearance, beheading and decapitation of Hon Okechukwu Okoye, an Isuofia Aguata born Anambra State Assembly lawmaker who was abducted on 15th May 2022.”

Also, they recalled that “Intersociety had in its statement of 26th May 2022 (Killing of Northern Muslim Mother and her Children in Anambra) independently disclosed the arrest of “some soft targets” (an Okada rider and an automobile mechanic) over the dastardly act and named Unubi as the location of the scene of the heinous crime(s).

“Intersociety which has been following the development behind the scene through its undercover agents also disclosed in its statement the arrest of the leader (“Omereora” from Nani) of the street criminal gang whose members went on a killing spree two days later, targeting defenceless civilians and their properties including the slain Northern Muslim mother and her children.” No offers yet on concerns over Finland, Sweden NATO bids — Erdogan
Next Article