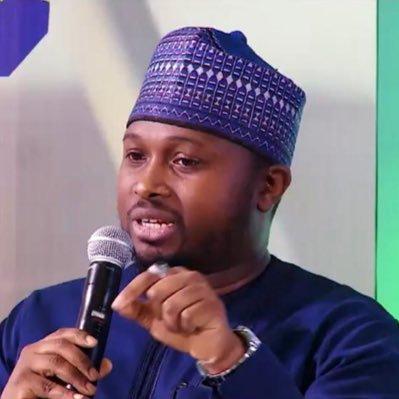 Special Adviser to the President on Power and Infrastructure, Engineer Ahmed Zakari on Thursday declared his intention to run for the 2023 gubernatorial poll in Jigawa State.

Zakari made his intention known in a letter of intent signifying his decision to present himself as an aspirant seeking to fly the flag of the ruling All Progressive Congress (APC) in the next governorship election due next year.

He said his decision was based on calls from various political and other interest groups across the State urging him to contest the poll.

He promised to build on the good foundation laid by the incumbent governor of the state, Alhaji Muhammad Badaru Abubakar whom he said has done a tremendous job in building an administration that is truly for the people.

According to Zakari, “Governor Muhammad Badaru Abubakar has done a tremendous job in building an Administration that is truly for the people. From his repositioning of Healthcare in the State to his investments in Education, he has made social Infrastructure a primary goal (and has succeeded) in improving the lives of millions of citizens in Jigawa.

“Governor Badaru has also overseen significant infrastructural development in our great State from increased electricity access to water access for social and irrigation purposes to a further linking and expansion of our in-state road network. The agricultural revolution in the State cannot be overstated”.

Zakari said he will leverage on his requisite experience in Engineering, Economics, Finance and Administration to continue the empowerment of the people and communities in Jigawa State began by Governor Abubakar.

“I believe if given the opportunity I can build on the great legacy of His Excellency Governor Muhammad Badaru Abubakar. My records speak for me. I have always been an early starter. I became the youngest African Executive in the history of General Electric’s renowned CAS program at the age of 28. I started repositioning and managing multibillion dollar businesses in GE at the age of 29,” Zakari said.

On why he is the best man for the job, Zakari who is an indigene of Daragi village in Gwiwa Local Government of Jigawa State said in his stint as Special Adviser, he has attracted multibillion naira projects to the state, notable among which are; to work on projects In Jigawa such as the Gumel General Hospital Mini-Grid, the rehabilitation of the “Kan Dam” Road in Kazaure as well as the soon to commence Hospital and Healthcare Electrification projects for the Hadejia, Kazaure, Babura and Dutse (Rashid Shekoni) General Hospitals.

“In all I have worked on 23 projects (completed and ongoing) in Jigawa State and contributed to the addition of almost N2 billion in Infrastructure,” Zakari explained.

The aspirant said if elected governor, he will transform the state through groundbreaking infrastructure projects beginning with the construction of 1MW to 5MW solar hybrid electricity mini-grids in each local government area and guaranteeing 24-hour power supply in our 5 Emirate Hheadquarters in the state.

He also promised to develop one industrial cluster per Emirate leveraging the Gagarawa template established by the Badaru Abubakar Administration.

Zakari said, “If elected Governor of Jigawa State, I will leverage on the road network built and rehabilitated by the Badaru Abubakar Administration to establish a mass transit scheme of buses and light rail in our major Emirate Headquarters. Also, I will expand cash crop production Ilke Gum Arabic to complement the massive increase in food crop production’ overseen by this Administration, Increase Jigawa’s export earnings”

Continuing, he promised to expand arable land patterning’ with the River Basin Authorities and leveraging technology through Solar Powered irrigation.

Zakari who is also the Santuraki of Kazaure is the youngest appointee in the Buhari Administration to occupy a cabinet level position as Special Adviser to the President on Infrastructure.