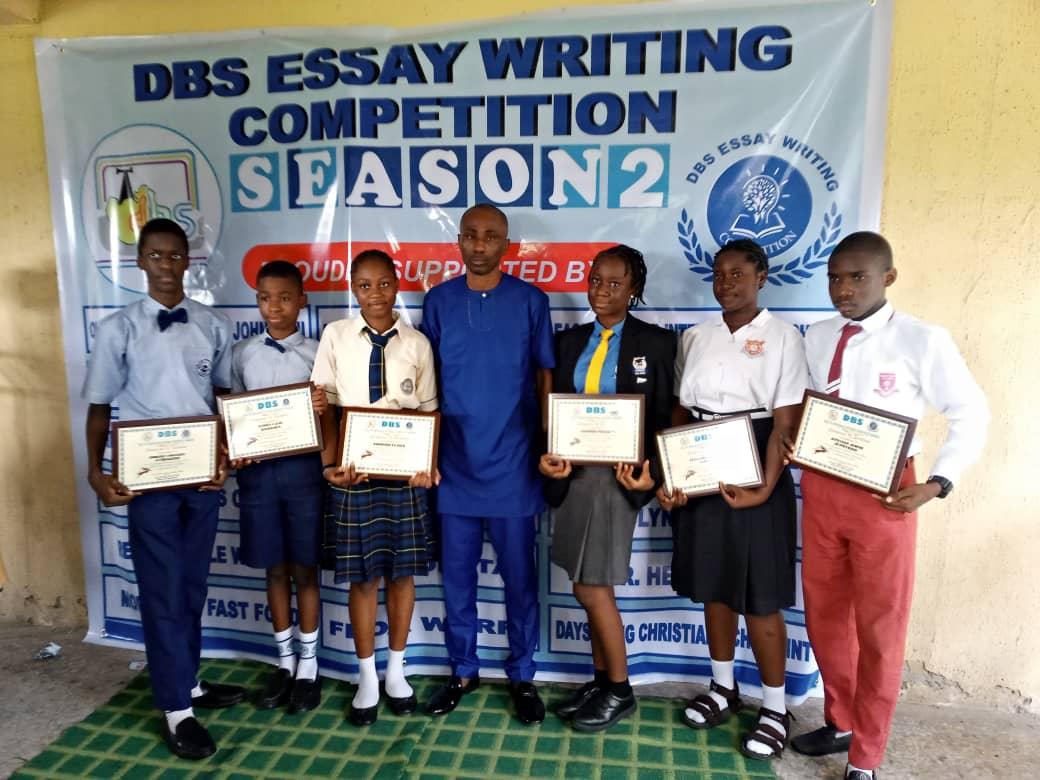 CHAIRMAN of Delta State State Post Primary Education Board, PPEB, Mrs. Christiana Etaluku has said students does not have any reason to disappoint their parents in their pursuit of learning especially with necessary support provided for them by their parents and guardians.

Etaluku gave this charge during the grand finally of this year’s Delta Broadcasting Service, Warri Season two Essay writing completion held at Staff Nursery and Primary School Hall, Federal Government College, Warri. She stressed that education is never a scam, adding that “it is the person that doesn’t want to read that’s a scam”.

She urged children to shun drugs,  cultism and other negative vices that may truncate their future just as she congratulated the winners. General Manager/Chief Executive Officer, Delta Broadcasting Service, Warri, Pastor  Malcolm Oteri reiterated the commitment to show the people and students better way forward through education in order to cause positive change in the society.

Oteri said; “we have to add value to our peoples lives, change the narrative by impacting on human lives with education”, assuring that “the competition will get better in the next season. I therefore implore students to be dedicated to their studies because they are the leaders to look up to in the nearest future.”

While commending DBS, Warri for the essay competition, an educationist and former Commissioner in the Delta State Oil Producing Areas Development Commission, DESOPADEC, Dr. Henry Ofa, appealed to the organizers to add mathematics to the competition.

He promised to continually support the essay writing competition, noting that :education enables easy leadership of the people as it remains the best rock of the society for positive development. Nigeria need meaningful education to reduce the burden in governance both in the at state and local government Areas and in all sectors”.

Orugbo expressed satisfaction at the awareness and participation of students, adding that “450 students registered for the competition 320 participated leading to three different rounds that produced overall winners both in junior and secondary categories”.

The Junior category, Etobamre Iruoghene Martilda, DSC Technical High School, first position with award of N150,000, Beniku-Ejebe Hananel, Word of Faith Schools second runner up won N100,000 and Amiworu Previous took the third position with scholarships awarded to all recipients as well as free adverts to winning schools for one week by DBS Warri both on Delta Rainbow Television and Melody FM 88.6 offered by the General Manager, Pastor Oteri.

Lots of consolation prizes were presented to many schools that participated in the competition. Former Chairman NUT Warri South, Comrade Ishmael Ikuejawa, Chief Pius Omasanuwa, Dr. Jeroh Ejayeta and others commended the organizers of the completion.
The post DBS Essay Season 2: You’ve no reason to disappoint your parents, Etaluku tells students  appeared first on Nubunk News.

See what Brabus did to the Ghost
Next Article