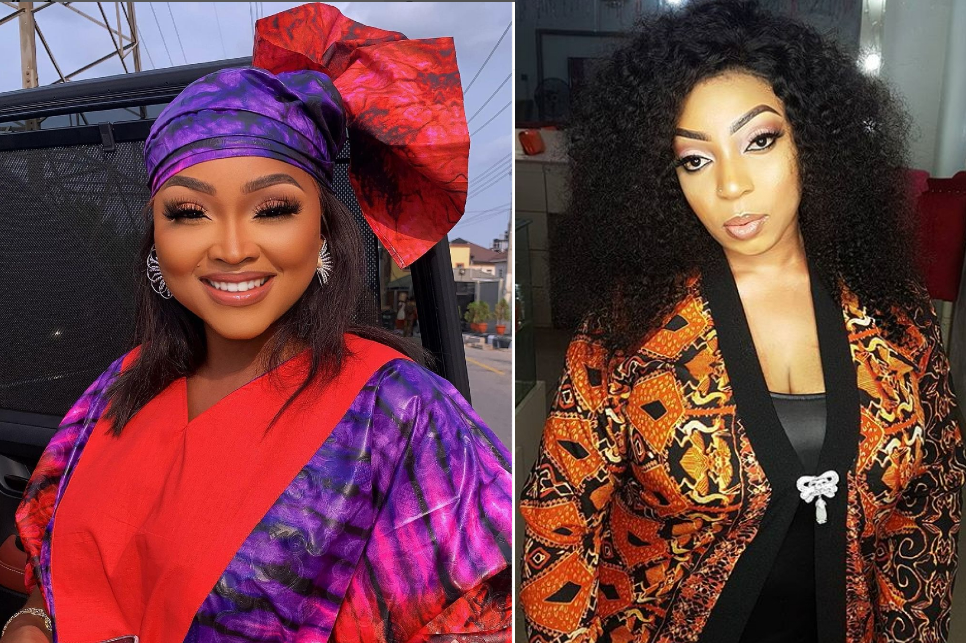 Lagos socialite and businesswoman Omolara Olukotun popularly known as Larrit, has sent a warning to her colleague, Mercy Aigbe after physically fighting the Nollywood actress on Sunday.

Her warning is also coming barely 24 hours after Mercy Aigbe told her followers her own side of the story following the ugly fight that ensued between her and the Lagos socialite.

In a viral video on the Internet, Mercy and Larrit got into an argument that escalated after Larrit threw a bottle at her.

Telling her side of the story, Mercy alleged that she has been bullied several times online by Larrit (Lara).

According to her, Larrit calls her unprintable names unprovoked and Sunday, she took it a step further by physically assaulting her while they were at a friend’s store opening to celebrate with her.

She wrote, “I was at a friend’s store opening (@rhemmygold) to celebrate with her. Larrit was one of the guests,” she wrote

“This woman, for reasons best known to her slanders me online at every opportunity she gets. She has done many live videos and posts to this effect. I tried to reach out to her to understand what the issues were, but she chose to ignore me.

“Lara and I are acquaintances. I have patronised her business and she also has done likewise. So I was surprised and confused how she suddenly became an enemy. I sent messages to her on WhatsApp, I called few people close to her to understand why she would decide to become an antagonist, all efforts proved abortive.”

The actress also claimed that Larrit also continued the beef at the event despite several requests from other attendees to stop.

“At the party yesterday, she started with the same energy, throwing words at me, calling me names and being disrespectful. Initially, I kept calm, and didn’t respond to her. People around her appealed to her to stop, yet Lara wouldn’t stop and so decided to stand up for myself and I retaliated with the same energy.

“It became heated and everyone around tried to broker peace, but she still wouldn’t stop. At some point, she tried to throw a bottle at me but it hit a lady sitting in front of her and there was pandemonium. I stepped out to leave in the middle of the brouhaha but my friend pleaded with me to stay including the celebrant. I went back in and she started attacking me verbally again. Eventually, she was taken out of the party, and she left.

“She went overboard with her hate yesterday. The bottle could have harmed someone and it would become a criminal case. This was an unnecessary attack. However, I would like to apologise to fans and family who felt I should have handled the whole situation differently. I’m sorry.”

Reacting to her post, Larrit warned Mercy Aigbe not to trigger her by mentioning her name.

She warned her not to call her name to address issues they don’t want her to react to.

“Listen carefully, this is social media, public platform. But don’t call my name to address issues u don’t want me to react to period. Av ignored every urge to explain & shalaye & I didn’t mention anyone name to chase clout cos that what u social media pole will turn it into. So pls do not trigger me, by mentioning my name henceforth”