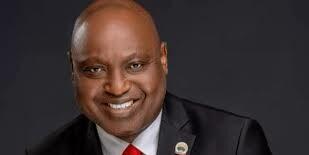 The Peoples Democratic Party (PDP) candidate, Hon Bisi Kolawole, came third. The election was  marred by vote-buying which  saw the Economic and Financial Crimes Commission, EFCC, and Nigeria Security and Civil Defence Corps, NSCDC, arresting two people including a chieftain of the PDP  in Ado Ekiti, following alleged attempts to induce voters and cause violence.

The election, however, witnessed high turn-out of voters and heavy security presence as the electorate trooped out to vote for their preferred candidate who will occupy Oke Bareke Government House and pilot the affairs of Ekiti State for another four years.

Indeed, the Centre for Democracy and Development, CDD, said its field observers documented 41 instances of vote-buying and selling at polling units across six Local Government Areas (LGAs) during the governorship election.

According to the civil society group, the cases were recorded at Ado-Ekiti, Ijero, Ikole Irepodun/Ifelodun, Ise/Orun and Moba LGAs of Ekiti.

The Chairman of CDD’s Election Analysis Centre (EAC), Prof. Adele Jinadu, revealed the development yesterday evening at a preliminary briefing of journalists in Abuja on the conduct of the governorship election.

According to him, vote-buying took the patterns of cash collection in brown envelopes to disguise the content in order to avoid arrest by anti-corruption agencies.

The CDD-EAC Chair stated that, in some cases, some young voters openly displayed the money, explaining that the universities’  strike influenced some of them to perceive the election as an opportunity to solve their economic challenges.

“One of the observable patterns of vote buying was the collection of cash in brown envelopes, which was apparently meant to disguise the content of the envelopes in order to avoid arrest by the anti-corruption agencies”, Jinado stressed.

While stating that the general atmosphere of the election was peaceful, the CDD noted that the conduct of the poll by the INEC showed some progress in terms of the administration.

It, however, added that there remained several areas of concerns, which call for stronger management of elections.

The exercise witnessed huge voters’ turn-out as the electorate trooped out as early as 7am to their respective polling units to check their names on the INEC register.

Some of the voters had to trek long distances to their respective polling units.

The election, across the state, was impressive in most polling units visited.

Reports from the various local government areas also revealed that voting went on smoothly and simultaneously.

Similarly, there was heavy security presence across the state as security agencies such as the army, police, DSS, NSCDC and FRSC were on ground to ensure peace and order.

Electoral officers arrived polling units as early as 7am ready for the election.

Accreditation started by 8am while voting commenced afterwards.

Voters were asked to queue in areas visited by Sunday Vanguard such as Ado-Ekiti, Iworoko, Oye, Ifaki, Ikere and  Gbonyin before voting started.

The presence of security operatives did not deter inducement of voters as political parties were involved in the act.

Party agents were involved in inducement as voters were offered cash ranging from N3, 000 to N10, 000.

Although, the voting was largely peaceful, the new trend of vote-buying called ‘See and Buy’ where voters had to evolve ways of showing their thumb-printed ballots to party agents or chieftains nearly marred the exercise in some parts of Ekiti.

Following separate attempts to induce voters and cause violence, the NSCDC arrested two people in Ado-Ekiti.

The Director, Public Relations at the Corps’ National Headquarters, DCC Olusola Odumosu, in a preliminary statement, said: “Two persons were been arrested in Ado Local Government; one in connection with vote-buying while the other was arrested in connection with thuggery to disrupt voting at a polling unit.”

Similarly, operatives of the EFCC arrested a stalwart of the PDP for allegedly inducing voters at Ola Oluwa Muslim Secondary School, Ado Ekiti, during the governorship election.

Sunday Vanguard gathered that the party chieftain was arrested with a large sum of money.

The party agent at the Polling Unit, Babajide Adebayo, who confirmed the incident, said: “When EFCC people came, somebody pointed at the PDP chieftain who was standing alone. There was nobody with him, he was not talking to anybody or given money to anybody, he was arrested and whisked away. The PDP stalwart is an engineer, he came to work in Ekiti but I have made calls to tell our leaders about the arrest.”

The operatives, however, declined comments when approached before whisking the party chieftain to an unknown destination.

How APC agent duped us – Voters

A mild drama played out at the Ado Ekiti, Ijigbo Ward 004, Unit 001 as some voters complained bitterly that an APC agent failed to give out money promised them before voting for their candidate.

Some women were heard complaining about how the APC agent declined to settle them after voting for the party’s candidate.

One of them was heard saying: “We will disappoint them in the presidential election; they think they are wise to have played us. They successfully tricked us into voting their party. No wahala.”

“In the morning, PDP and SDP shared N5,000 each to their persons, but here we are hoping to get N10,000 from APC but ended up disappointed.”

Asides vote-buying, two men were arrested in Ise-?rùn for allegedly disrupting election in one of the wards and snatching ballot boxes.

According to eyewitnesses, the two men shot sporadically at Odo-Moba Ward 1 Unit 4, forcing voters to flee before snatching the ballot boxes.

They were, however, caught by men of the Nigeria Army while attempting to escape.

Faulting incidents of vote- buying, candidate of the Action Democratic Party, ADP, Engineer Kemi Elebute-Halle, said the move was not good for the country’s democracy.

An APC chieftain, Senator Ayo Arise, lamented that vote-buying will continue to be prevalent in Nigeria’s politics for a long time.

Arise, while reacting to allegations of voter inducement and vote-buying in the governorship election, said urgent steps must be taken to provide employment to curb the act.

Also reacting to inducement of voters, Yiaga Africa, a Civil Society Organisation that monitored the governorship election, commended the EFCC for arresting some people involved in vote-buying.

In a Mid-Day Situational statement on the poll, the Executive Director of Yiaga Africa, Samson Itodo, urged the commission to ensure full prosecution of individuals caught in the act of vote buying/voter inducement.

On its part, the Centre for Transparency Advocacy CTA, described the Ekiti governorship election as credible and peaceful.

Addressing newsmen in Ado Ekiti, its Executive Director, Faith Nwadishi, said the election was an improvement over previous off season elections and against the initial narratives of violence.

Nwadishi, who said that 50 citizen observers were deployed to the field covering the entire state, however, lamented vote-buying and selling during the election.

After the exercise, some heavy weights in the state were able to secure victory for their parties in their polling units.

Governor Kayode Fayemi secured a victory for Oyebanji in his polling unit..

The APC candidate scored 154, while the SDP and PDP candidates scored 3 and 4 votes respectively.

The ADP got one vote while 6 votes were voided.

One vote was voided, while the remaining seven was rejected; bringing the total number of accredited voters to 250.

The polling unit had 639 registered voters.

A former governor of the state on the platform of the PDP, Mr Ayodele Fayose, won his Afao polling unit for the party’s candidate, Mr Bisi Kolawole.

Fayose, it was gathered, did not come out to cast his vote despite going for accreditation.

She lost to the APC.

He said: “This is an improvement and my expectation is that I will win. I am happy that there was no case of apathy. The security build-up has also been impressive, so the process has been good and fine.““I am coming with a change agenda and my manifesto is clear about the changes I am bringing.”

Reacting to the conduct of the election, the Resident Electoral Comissioner, REC, for Ekiti State, Mr Adeniran Tella, hailed the exercise.

Tella said: “The major aim and determination of the commission are to have an open poll.

“We had created new units and migrated some names from some polling units.

“They had their names pasted and they had been informed.” FATHER’S DAY: Rev Owoyemi felicitates with fathers all over the world
Next Article