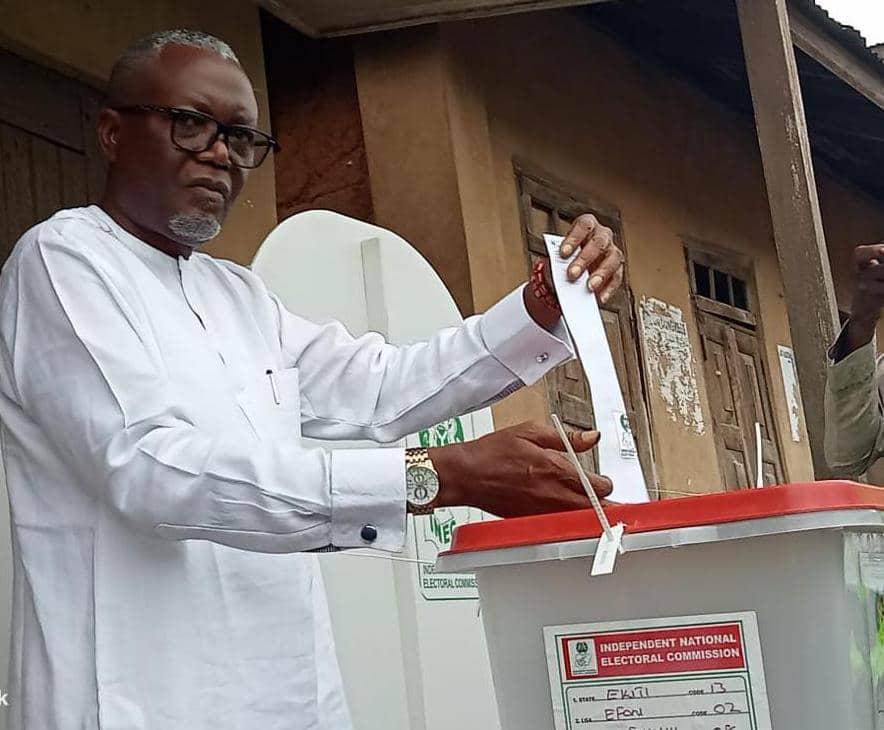 Kolawole who cast his vote in Ward 8, Unit 1, Efon Alaye, in Efon Local Government Area, polled 98 votes and was declared the winner of the unit by Independent Electoral Commission, INEC’s ad-hoc staff, after counting of votes.

On the other side, Oni of SDP garnered 218 at his polling unit, Unit 6 Ward 4, Ogbon Iro in Ifaki Ekiti, to beat APC which polled 15 while PDP got only two votes.
The post Ekiti election: PDP’s Kolawole, SDP’s Oni win polling units appeared first on Nubunk News.