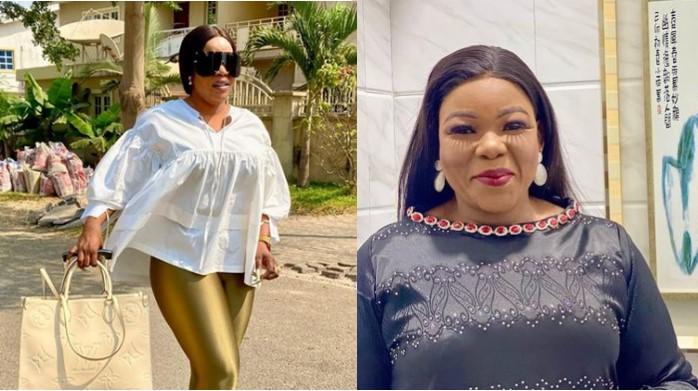 Nigerian actress, Empress Njamah got fans worried after taking to social media to call out her friend and colleague, Ada Ameh for alleged bullying.

The movie stars have been known to be friends for a long time, and they often show up for each other during their highs and lows.

However, Empress late Saturday night took to her Instagram page, and shared a recorded phone call with Ade Ameh where the duo had a conversation.

According to Empress, she has been keeping quiet since for social media not to see the other side of her.

However, she can’t take it anymore as Ada Ameh isn’t a nice person, she said.

“@adaameh I have been keeping quiet since for social media not to see the other side of you, but I can’t anymore, you are not nice person, you are a bully, thank God for this call today, I have evidence, am so traumatized right now cause am a soft person, you will hear from my lawyers. Domestic violence, torture, mental beating, INEC humiliation. @thesharkexpress you want to put asunder between @adaameh n I Abi?”. How I became professor in US varsity — Helen Paul
Next Article

CONVENTION: APC must get it right!
Leave a comment