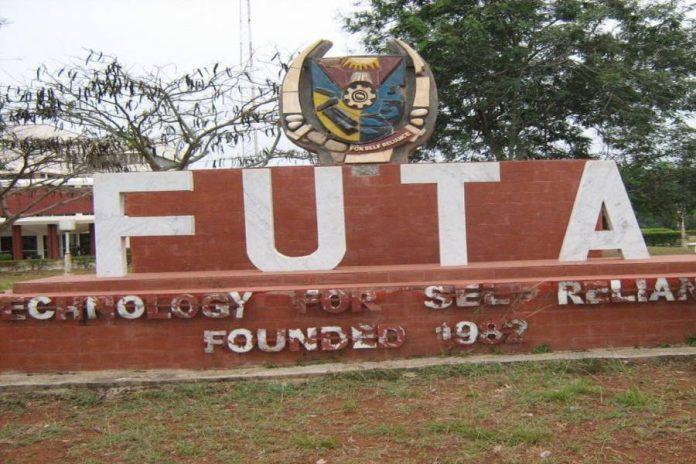 Members of the Academic Staff Union of Universities, (ASUU) of the Federal University of Technology, Akure, (FUTA) are divided over the appointment of the first female Vice-Chancellor of the institution, Prof. Adenike Temidayo Oladiji.

Recall also that the Non-Academic Staff of the University, last week expressed satisfaction with the processes that led to the appointment of the Vice-Chancellor.

The workers under the Joint Action Committee (JAC), which comprises the Senior Staff Association of Nigerian Universities (SSANU) and the Non-Academic Staff Union (NASU), said from the available records, Professor Oladiji is the most qualified and came top in the selection process.

However, the Chairman of ASUU-FUTA, Prof. Oluyinka Awopetu, in a statement in Akure said those behind the publications are not members of the Executive of the ASUU-FUTA branch and cannot speak for the union.

Awopetu said that “only the branch Chairperson and Secretary are duly authorized to speak on such issues, and said the reports by the two Professors who are not members of the Executive of ASUU-FUTA branch and cannot speak for the union.

The statement reads: The attention of Academic Staff Union of Universities, Federal University of Technology, Akure, ASUU-FUTA, has been drawn to publications in online news media platforms, circulating since Thursday 19th May 2022, on the appointment of the new Vice-Chancellor for the University.

“These publications largely titled “FUTA VC ASUU Kicks, says appointment fraught with fraud, lacks transparencynever originated from ASUU-FUTA Secretariat and as such the Union refutes such and calls on all media platforms that circulated such stories to retract them immediately to avoid other consequences.

“The said publication was signed, according to the reports, by two Professors who are not members of the Executive of ASUU-FUTA branch.

“The two have no rights, neither were they authorized and are in no capacity to speak for and on behalf of ASUU-FUTA.

“Similarly, in other publications, we learnt of a purported position of FUTA Senate. As it is, the nation is aware of the ongoing total and comprehensive strike action which in part does not allow any meeting to hold.

“It was thus an embarrassment that our members were purported to have held a Senate meeting. To the best of our knowledge and all facts on the ground, no Senate meeting was held in our University to pursue this position.

“The Union is currently reviewing the process of the appointment of the Vice-Chancellor following the due procedure laid down for the consumption of our members to avoid any form of misrepresentation.

“ASUU-FUTA, by this statement, is calling on members of the Union and the general public to disregard the statement in its entity as this is not the position of ASUU-FUTA.

Awopetu said that “ASUU is a Union of intellectuals and will not result to any act that can mislead the public”
The post FUTA VC: ASUU members divided over rejection of new Vice Chancellor appeared first on Nubunk News.

APC:Can Nigeria ever right this wrong?
Next Article The Bro Felix Obuah I Know
Leave a comment