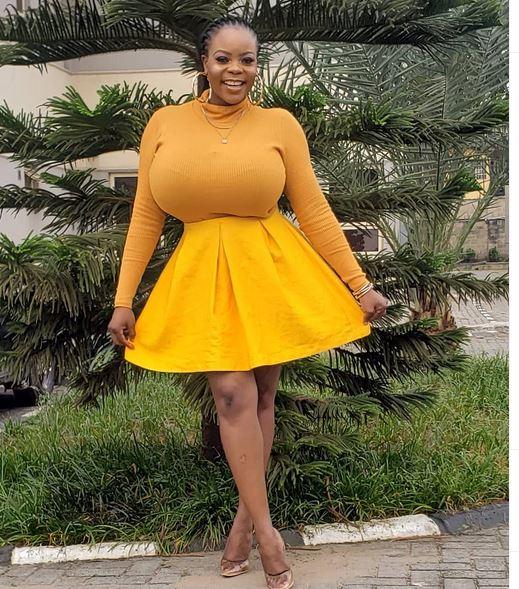 Olayemi Ogunwale otherwise known as Honeypot is an On-Air-Personality (OAP) who prefers to be seen and called a broadcaster, for reasons best known to her. She is also a drop-dead-sexy woman with a huge presence on social media, where she slays with her endowment and a chic sense of fashion.

However, while many with her looks and taste may savour being seen as a slay queen, Honeypot doesn’t appreciate that a whole lot. And she made her thoughts known to Potpourri in an interview.

“ The thing is that, there’s a very serious part of me, I am not that slay queen, although you can call me slay queen because of the way I dress on the social media balance, but I’m not empty in the brain, my attitude to people depends on their approach, I know how to put people in their place very well if they are rude,” she declared.

“Oh yea, I am very blessed indeed, and because of the name I have chosen, but seriously if I knew people would look at another meaning, I wouldn’t have used that name “Honeypot”.

Honeypot explained that her looks may belie her purpose in life and her mission as a career but she’s resolute in her vision.

“What I want out of life as a woman is a purposeful life, I mean exhausting all my talents, helping people, affecting lives positively, that will be fulfilling for me. With what I do, I want to be affecting lives on every level, the sacrifice I am willing to pay is using my God’s given talents to do everything I can for humanity,” she added.
The post I’m not your regular slay queen – Honeypot appeared first on Nubunk News. My office’s not family inheritance, Dapo Abiodun reacts to Tinubu’s comment
Next Article