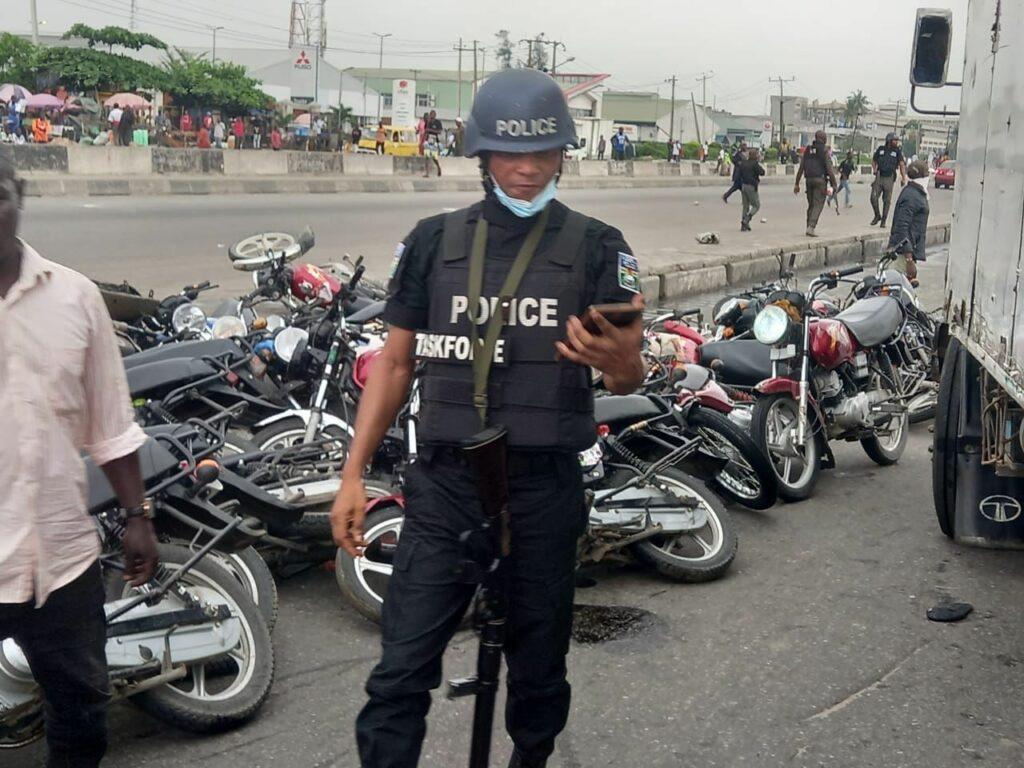 Lagos State Government has described the ongoing enforcement of restrictions on the operations of commercial motorcycles, popularly called okada, in certain parts of the state as a necessary step to curb their indiscipline, save lives and improve security.

Commissioner for Information and Strategy, Gbenga Omotoso, made the remark when he spoke on Channels TV Sunrise Daily about the new enforcement order given by Governor Babajide Sanwo-Olu and the backlash recorded in a part of the state.

According to Omotoso, the resurgence of Okada operations and acts of indiscipline being exhibited by riders have become a serious source of concern as many people have lost their limbs and lives through Okada accidents.

According to the commissioner, “Our doctors are complaining that more and more people are coming with Okada-related emergency. About 1,712 accidents have been recorded in Lagos in the first quarter of this year. Out of this figure, about 45 percent; to be precise, 767 of the accidents were caused by Okada. And it is shocking to know that about 54 percent of the victims are between the ages of 30 and 39.

“These are our able-bodied young people who are getting cut down like that all because they mounted okada.”

Attributing the high fatality rate of riders and passengers to plying about 500 highways, major roads and bridges, which the Road Traffic Law prohibited, Omotoso affirmed that Governor Babajide Sanwo-Olu’s order was to reinforce the law and give the riders an opportunity to move out and find some other things to do.

He said: “There is a Law that lists all the routes commercial motorcycles are restricted from plying. The Law is still there; it has not been repealed. So, the enforcement is not new and it is going to continue as the June 1st deadline stands.”

Describing as unfortunate the insecurity in some parts of the country that has forced many people to migrate to Lagos to make ends meet by riding Okada, the Commissioner explained that the development led to complaints from residents who have expressed their rejection of okada.

“Lagosians are worried about the mystery of Okada; they don’t know where they come from; the riders are unknown; they don’t even have number plates. They don’t come for Lagos State Residents Registration LASRRA, registration, so we can’t account for them,” he said.

Speaking further, the Commissioner described the approach to the renewed enforcement as well planned and strategic because the state expected the kind of backlash the exercise has generated but assured all that it was an experience the law enforcement agents were used to.

On possible increase in crime rate, following the enforcement, Omotoso said “everything the law enforcement agencies need in terms of equipment, welfare and encouragement would be provided for them to step up enforcement and security of lives and property.”

The commissioner expressed the determination of Governor Babajide Sanwo-Olu to ensure full enforcement and allayed fears that the government would want to go back because of politics.

He said: “Mr. Governor is a man of integrity; he is a man of his words. He is going to ensure that whatever it takes to enforce the law will be done. We have been encouraged by Lagosians who have seen the danger and who feel that moving with Okada from one place to another because it is very fast cannot be compared to the security threat they pose.

“The goal is to have a Lagos without motorcycles because there is no megacity in the world that you go to and find this kind of mode of transportation.

“It is also preposterous for anybody to say for our votes come and mess up Lagos. No, Mr. Babajide Sanwo-Olu, the Governor, is not going to do that. This is the last time we are going to have this as the bikes are being crushed to show people that we are very serious, and communicate to those bringing them in, that enough is enough.”

Omotoso, urged okada riders to look for something else to do as there are so many opportunities in Lagos for anyone who wants to stay in Lagos and wants to be law-abiding.

“You should go and collect your LASRRA card and be an official resident of Lagos and find something to do. Artisans who left their jobs to ride Okada should find a reason now to go back to their jobs,” he said. Court sentences Dane to death by hanging for killing his wife, daughter
Leave a comment