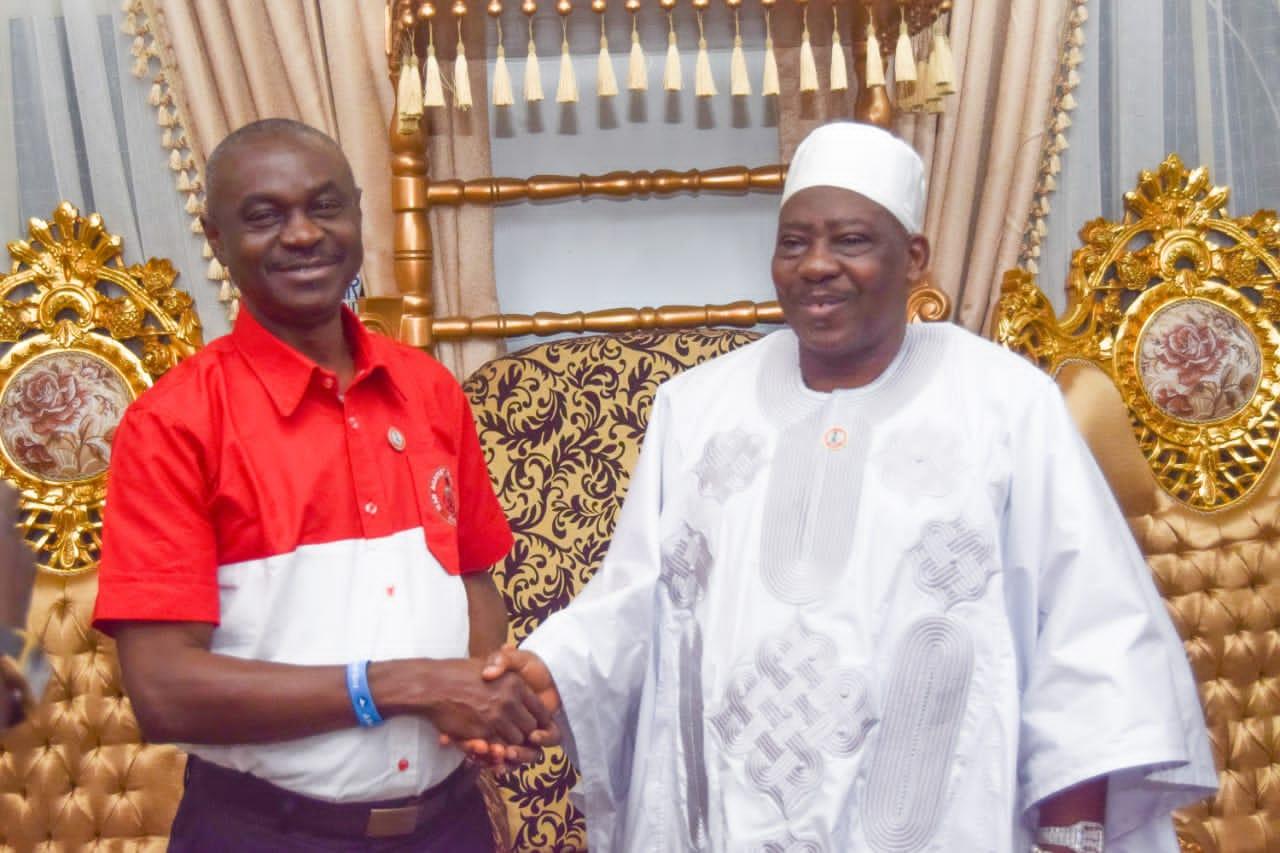 NDLEA Apapa Special Area Commander, Inalegwu Ameh on advocacy to the Ojora of Ijora as part of the Commemoration

The Apapa Special Area Command of the National Drug Law Enforcement Agency, NDLEA has disclosed that it had recorded numerous seizures of illicit drugs worth N6 billion illicit drugs in one week in Apapa area of the state.

The seizure which included 1,518kgs of Tafrodol brand of Tramadol (120grms) and Tramadol (225mg &250mg) weighing 3,553 kilograms, according to the Area Commander, Mr Ameh Inalegwu, was a demonstration of the resolve of the command to bring down non-cooperating entity within the maritime space within the command’s jurisdiction.

Inalegwu who made the disclosure at a press briefing to flag off the commemoration of the 2022 International Day against Drug Abuse and Illicit Drug Trafficking at the Apapa Command Headquarters, ENL Terminal, Wharf, Lagos, said additional seizures of 14, 0800 kilograms of Cough Syrup with Codeine was made in January 2022.

In summary, the command, according to him, recorded a total seizure of 19,703.25kg of assorted illicit drugs between January and June 2022.

Available records, according to him, showed that drug use accounted for most of the health problems and also aggravates conflicts, crime and criminalities as well as insecurity, generally.

To checkmate this, he hinted that the command would embark on some activities that would increase awareness and knowledge of the potential health, social and legal consequences of illicit drug use and provide accurate information on illicit drug habituation.

According to the Area Commander, “June 26 of every year has been designated by the United Nations to commemorate the drug day and all segments of society are urged to adopt actions that sensitize their immediate communities aimed at achieving a World free of Drug use and trafficking.

“The theme for this year’s commemoration “Addressing Drug Challenges in Health and Humanitarian Crises” is not only as topical as it is thought provoking but consistent with the spirit and letter of the War against Drug Abuse,WADA which is the theoretical framework of the Chairman/Chief Executive Officer of NDLEA, Brigadier General Mohamed Buba Marwa (Rtd.)

“The theme urges us to critically interrogate the mechanisms for mitigating the availability, accessibility and affordability of drugs if we must guaranty sound health and favourable human conditions in our communities

“Working in alignment with the initiative of the National Headquarters of the Agency, this Command will in the next seven days be reaching out to all categories within the Port and the host communities of Apapa, Ijora and Amuwo-Odofin where the maritime operations are concentrated”

Events lined up by the command included a Walk against Drugs through the streets of Apapa; anti-drug sensitization for parents at the Apapa Local Government secretariat and Student Forum/Symposium on drug prevention.

In deference to the faith based approach, the command urged all the worship centres within the communities to devote their sermons to the consequences of drug use and illicit drug trafficking in yesterday’s Juma’at and church services tomorrow.on Friday and Sunday within the week.

These activities will be crowned with a Town Hall meeting on Monday, with , all stakeholders within the communities, “ in order to chisel out workable mechanisms to keep drug merchants at bay and prevent drug use among the populace”, he stated.

While noting that operating within the maritime corridor saddled the command with the responsibility of maintaining the momentum of the Drug War as rekindled by Marwa , Inalegwu said, “we are not unmindful of the status of the Sea Port as the ‘gate way’ and the almost limitless opportunities it offers unscrupulous maritime operators to ship in drugs in a volume that far outstrips what can be smuggled in through land or air transportation. Hence, making the Port impregnable is a task that must be done. And by doing so, we need to mobilize all and sundry using the “whole society” and “joined hand” approach.

“The commemoration of the Anti-Drug Day will no doubt help to consolidate the gains of the stakeholder engagements that the Command has embarked upon in the last two months. Our operational antenna will continue to remain high up in our readiness to bring down any non-co-operating entity within maritime space”, Inalegwu stated
The post NDLEA records N6b drug seizure in one week appeared first on Nubunk News.