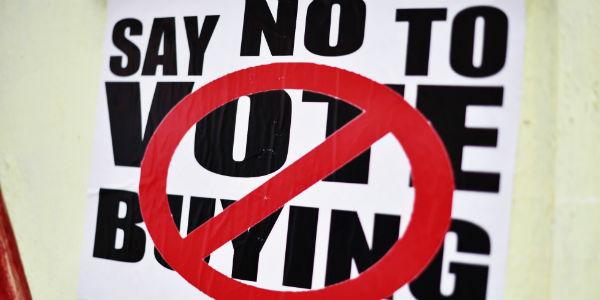 THE Ekiti State governorship election, which took place over the past weekend, held a lot of significance beyond the election of a new governor to replace outgoing Governor Kayode Fayemi. It was an opportunity to put the recently amended Electoral Act 2010 into practice.

The most interesting feature of that amendment which President Muhammadu Buhari recently signed into law after a protracted ding-dong with the National Assembly, is the transmission of results from the polling booths to the Independent National Electoral Commission, INEC’s, central servers.

By so doing, the collation of manual results is a mere formality. The old rigging ploys of ballot snatching, result falsification, prolonged wait for the result and others, were cut off.

Indeed, the electoral dashboard established by YIAGA Africa and Channels Television showed the direction the result was headed only hours after close of the polls. Remarkably, there were no reports of violence.

However, what would have passed for a hitch-free exercise was marred by massive vote-buying. The election was essentially bought and sold openly, yet the Economic and Financial Crimes Commission, EFCC, whose officials were sent to prevent vote-buying, said they arrested only 15 culprits.

Money politics has been part of our electoral culture since time immemorial. However, the trend has taken a turn for the worse as evidenced during the presidential primaries of the two major political parties – the All Progressives Congress, APC, and the Peoples Democratic Party, PDP.

Politicians had mopped up the dollar from the system for the purpose of inducing the delegates. The primaries were also sold to the highest bidders.

We are glad that the INEC’s strategies to cut down on electoral malfeasance by deploying technology and minimising human interference in our electoral administration has yielded some positive results.

We hope that the voter authentication process through the Bimodal Voter Accreditation System, BVAS, will be rendered more efficient for the impending Osun gubernatorial election as well as the nationwide general elections of February and March 2023.

More importantly, we must devise further means of arresting vote-buying because it increases the amounts that politicians spend to get into office.

The money either comes from public purse or private pockets. Either way, the people will pay dearly for it. Politicians who pay their way into power will feel no obligation towards the people.

They know they can always come back four years later to buy again.

Nigerian politicians have weaponised misrule and poverty to the extent that the masses are too hungry to resist a few thousand naira for their votes. Nigeria can never change if we continue like this.

No leader who genuinely wants to serve the people will part with his hard-earned money to induce voters.

Vote-buying must be tackled and eliminated.
The post Need to tackle vote-buying appeared first on Nubunk News. Throwing eggs at the glass ceiling
Next Article