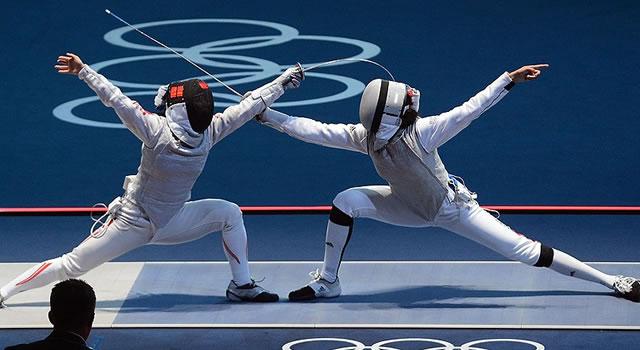 Nigeria to host the World in Fencing

President of The Nigeria Fencing Federation (TNFF) Adeyinka Samuel said the country is ready  to  host a befitting World Fencing  Championships in September.

Coming on the heels of successful hosting  of the African Fencing Championships on two previous occasions in 2018 and  2022 (last February), Samuel said  the  Nigerian Fencing as the TNFF is commonly known,  will once again pull all the stops to host the rest of the world, adding  the body is finalizing all arrangements towards  a hitch free competition.

“ We have been awarded the right to host the World Fencing Championships  between September  10 and 11  and unlike in all other sport, this is more or less a life-long hosting rights  as  we are also gong to host the event in 2023,”Samuel said in Lagos yesterday.“ So, it’s important for us to host the world championships successfully  so that the International Fencing Federation can  allow us to be hosting the annual event as long as we can.”

Samuel further disclosed  that  the two-day  combat sport championships will hold at the Continental Hotel in Victoria Island  on September 10 and 11,  explaining   that the championships is another opportunity to  boost the status of Lagos  as a sporting capital even as he called on both the state  government and Corporate Nigeria to support Nigerian Fencing.

“Apart from the northern African countries like Morocco, Algeria, Egypt, no sub-Saharan  African countries have hosted  the world championships  and I think  It’s a big  plus for Nigeria Fencing  and that is why we are appealing to Lagos State (through  the Lagos Sports Commission)  as well as individual and corporate citizens  to support our efforts,” he further said. “Very soon, I believe fencing will command huge respect  and followership in Nigeria as much as Lagos City Marathon consequently we are bring everyone on board  in order to have a successful event.”

According to the two-time Commonwealth Gold medallist in  Fencing,  the world championships  will be an open  event for the men to fight for honours  in both the individual and team events strictly using the Epee equipment.
The post Nigeria to host World Fencing Championships appeared first on Nubunk News.