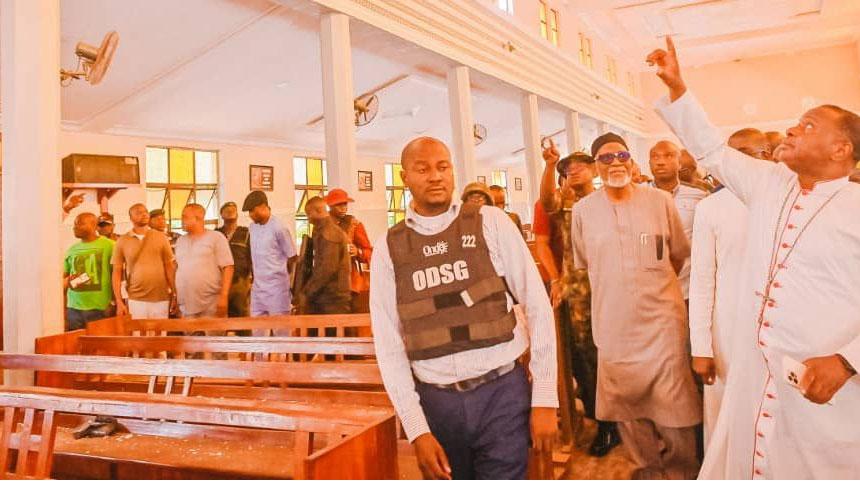 The Network and Advocacy Group, Lux Terra Leadership Foundation, has assessed the recent spate of killings in the country, particularly in Ondo state and raised the alarm that the country is at war with itself.

The group, in fact, declared that the country is steadily manifesting the familiar features of a failing state.

This appraisal came on the heels of a fresh attack on innocent people by gunmen in Ondo on Wednesday night which claimed no fewer than six lives barely 72 hours after the terrorist attack on St Francis Catholic Church in Owo, Ondo state Nigeria, which equally left 38 worshipers dead and many more wounded.

In a statement signed by the Project Coordinator, Dr. Inya Ode, on Thursday, the organisation, asked the authorities to stop these killings and bring the perpetrators to justice.

She lamented the seeming inability of governments at all levels to protect the citizens and provide for their welfare; blaming the intractable security problems in the country on the increasing polarisation of the people along ethno-geographic and religious fault lines.

Ode said, “With Nigerians increasingly pulling apart, the Nigerian nation is clearly unable to evolve a national consensus about how to solve its numerous challenges and come up with a common front to effectively contain the heightening state of insecurity. .

“The latest terrorist attacks in Ondo state Nigeria is a shocking reminder that Nigeria is a nation at war with itself, where the sanctity of human life is violated daily.”

The group also identified the lack of social justice, citizenship rights, proper diversity management, peaceful coexistence and conflict resolution mechanism as some of the root causes of the country’s challenges.

As a panacea to these issues, Ode call for all hands to be on deck to unite the nation and pull it back from the brink of state failure.

“The governments at all levels should enforce law and order impartially and dispense justice without fear, favour or discrimination on the basis of ethnicity, religion, region of origin or occupation.

“We also call for continuous dialogue, understanding, accommodation and tolerance among the people of Nigeria in order to strengthen the mechanism of conflict resolution and prevent the resort to violence to seek redress,” she added.
The post Ondo Killings: Nigeria at war with itself, on precipice — Group raises alarm appeared first on Nubunk News.