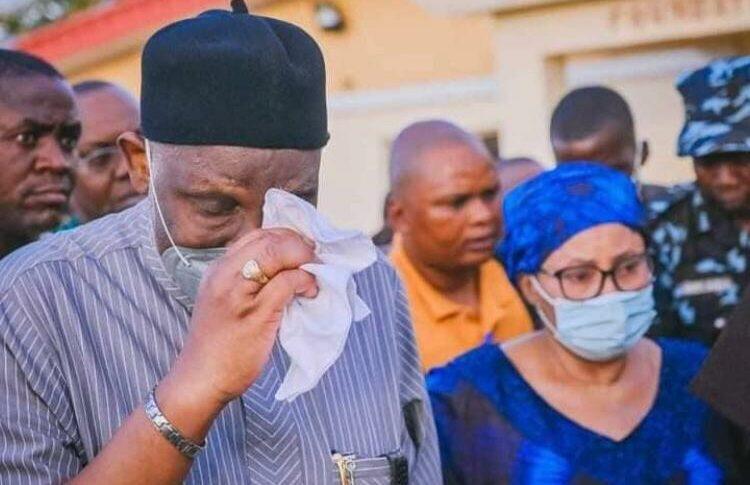 A real estate firm and pro-Yoruba group, Ojulowo Omoluabi Empire Holdings Limited  and the police in Ogun State have formalized a collaboration on devising mechanisms and approach that could help avoid a repeat of the attack on the Catholic Church in Owo, Ondo State.

The police and the group are also seeking parents support to actualize their plan.

The Chairman of the group, Victor Eniola Mark  facilitated the initiative with the security institution on Saturday, when members of Police Public Relations Committee (PCRC) of the Ogun State Police Command had a brainstorming session his office in Abeokuta, the Ogun State capital.

The PCRC members led by its state Chairman, Samson Popoola, presented Mark his official letter to adopt him as a patron of the Police committee in the state.

During the visit, Mark emphasised the need for parents to be more concerned about the belief system of their children.

Mark has urged parents to guard the beliefs and activities of their children so as to avoid being brainwashed by extremists, who could propel a likelihood of the Owo killings in the future.

He noted that parents play key role in counseling their children especially during their early stage, so as not hold a certain  beliefs that can be harmful to the society.

Mark, who condemned the attack on the worshippers at Owo in Ondo state, however stressed that the killers are enemies to the entire human race.

He also noted the need for the government and people to take action that would ensure better security preparation.

He said, “Whatever their names are, the people who killed worshippers in Owo Ondo state are not only our enemies as Yorubas but to the entire human race. The reason for this dastardly act remains unthinkable.

“Much as I do not want to think about them, we must take note of that action and it must necessitate better security preparation.”

Mark further said, “For us we must however, continue to guard what our children believe and like to do. We can force them our counselling especially are the early stage will go a long way.

“As PCRC we must intensify effort in ensuring our children believes what is right along without any form of psychological noice,” he added.

Mark however commended the PCRC for its resolution in making him a patron of the committee.

“So, on this note I must appreciate your resolution to make me the patron of this noble committee and I pray that we shall all continue to grow from strength to strength.

“But we must all have at the back of our minds that security is our collective business and with God we shall achieve not just a secured Ogun state but a secured Nigeria”, he said.

Earlier in his remarks, the PCRC Chairman said the committee collaboration with the police and private institutions was aimed at ensuring a safe and secure society.

Popoola further said the committee also celebrate outstanding police officers so as to encourage others.

He said, “The thing is if you have done well, we’ll celebrate you, we also rely on people like you to assist us in some of our programmes, one thing that people know about Ogun State PCRC is that we are accountable and I that is why we have never failed.”
The post Owo Church Attack: Group, police seek parents collaboration to forestall recurrence  appeared first on Nubunk News.