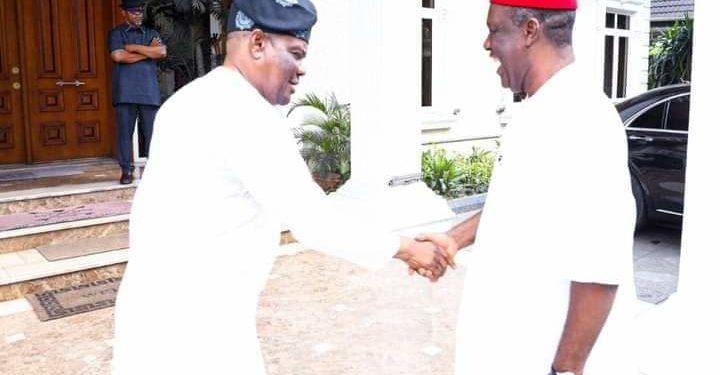 Orubebe met with Wike behind closed doors at his private residence in Port Harcourt, the Rivers State capital, but none of them spoke to journalists after the meeting.

Recall the former Niger Delta Affairs Minister had earlier resigned his membership from the party.

Orubebe had made known his grouse with the zoning of the party’s presidential candidacy to the Northern region of the country.

Recall that both men served together in the cabinet of former President Goodluck Jonathan before Wike resigned to contest the 2015 governorship election on the platform of the PDP.

The former Minister’s meeting is coming after the Presidential candidate of the Labour Party (LP) visited the Rivers State Governor and former presidential aspirant of the PDP.

Obi had met with Wike on Wednesday behind closed doors at his private residence in Port Harcourt.

In a statement via his verified Twitter handle on Thursday, Obi said he had visited the Governor to discuss vital national issues.

Meanwhile, aside from Obi, Governor Bala Mohammed of Bauchi State had also visited Wike in Port Harcourt. Although details of the meeting were not disclosed to the press, it may not be unconnected to how to poach Wike from the PDP to the ruling All Progressives Congress ahead of the 2023 presidential election.

Wike had claimed that he could have scuttled the PDP presidential primary, but for his love for the party

His statement, “I have never seen how people can violate procedures and guidelines. Somebody has spoken, it is at that point he was speaking that he would have said I am withdrawing. You don’t call him back. I just said, ‘Look, this our party must not be destroyed.”

The Rivers State governor was tipped to be the favourite of the PDP selection committee as Atiku’s running mate, the former vice president snubbed rather nominated Governor Ifeanyi Okowa of Delta State, who is also a key player in the Atiku’s emergence, in the place of Wike.
The post PDP chieftain, Orubebe meets Wike behind close door appeared first on Nubunk News.