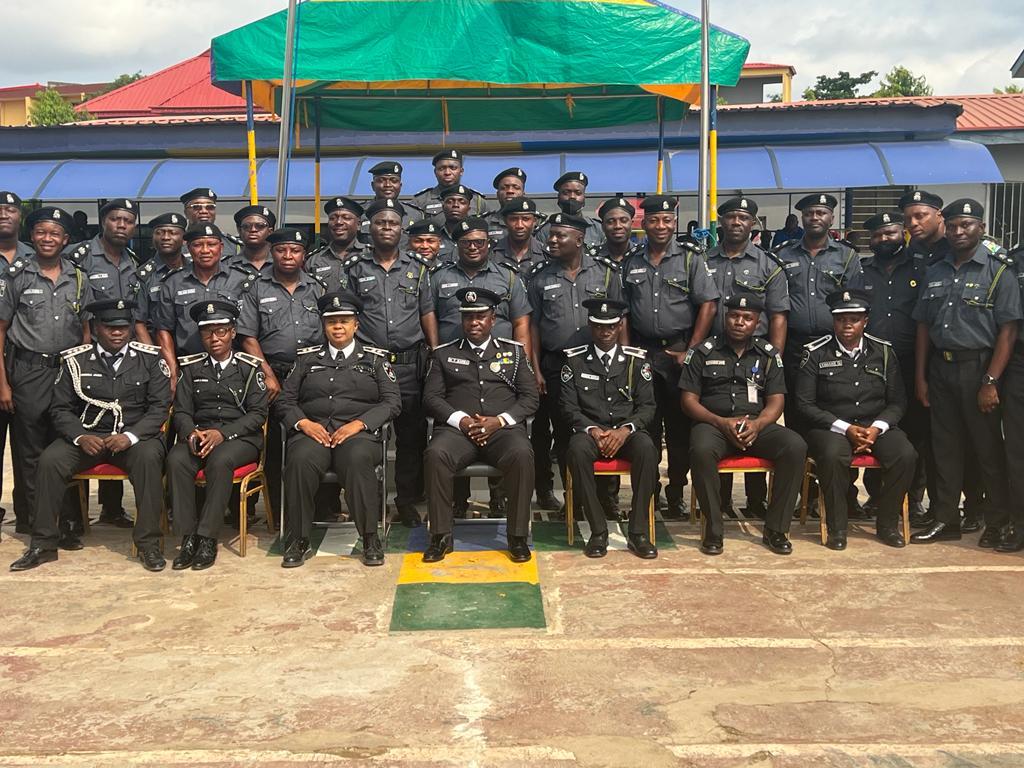 DCP Garba gave the charge on Sunday during the decoration of 175 Supernumerary Officers who were promoted into their new ranks after attending an advance training course.

According to DCP Garba, the advance training for the Police officets was embarked on to equip them with more knowledge on policing to enable them compliment the role of regular Police officers.

Admonishing the Police officers to see their new ranks as a call to duty, Garba urged them to always exhibit high moral standard and ethical discipline in the discharge of their duties.

He said: ” As we celebrate today, let me use this opportunity to remind you that, with your new ranks, come greater responsibilities to your shoulders.

“This simply means that from now on, your actions, your utterances and your general conducts, must be guided by the Police Act and regulations, which you are subject to.

‘As Senior Supernumerary Police Officers, | expect you to always exhibit the high moral standard and ethical discipline, that this training has inculcated in you, whether in uniform or in civil dress. Let me also warn, that anyone who involves his or herself, in any criminal activities having undertaking a training of this nature, will surely face serious consequences,in line with the Police disciplinary procedures, as stipulated in the/police Act and Regulations.

Speaking on behalf of the promoted Spy officers, Samuel Ajiboyede assured the commandant that they would uphold the integrity of the Police and build a more friendly relationship between the Police and the public

He said: We are grateful for the privilege to have been deemed worthy to be promoted into our new ranks. We want to assure you that we will perform our duties diligently and also help to build a more friendly police relations with the public.”
The post Police task newly promoted Spy officers on discipline appeared first on Nubunk News.