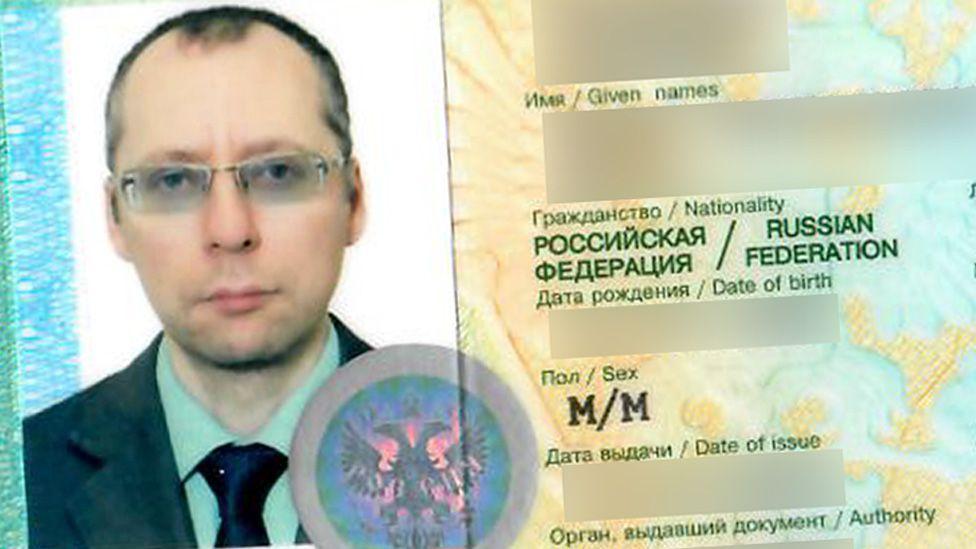 A Russian diplomat has quit his job in protest at the “bloody, witless” war “unleashed by Putin against Ukraine”.

Boris Bondarev, whose LinkedIn says he worked at the Russian mission to the UN in Geneva, told the BBC he knew his decision to speak out may mean the Kremlin now considers him a traitor.

But he stood by his statement which described the war as “a crime against the Ukrainian people” and “the people of Russia”.

Moscow has not yet commented (the resignation letter is attached below).

Russia has cracked down on those who are critical of or veer from the official narrative surrounding the war, which it refers to only as “a special military operation”.

In the letter posted on social media and shared with fellow diplomats, Mr Bondarev explained he had chosen to end his 20-year career in the service because he could no “longer share in this bloody, witless and absolutely needless ignominy”.

“Those who conceived of this war want only one thing – to stay in power forever,” he wrote.

“To achieve that, they are willing to sacrifice as many lives as it takes,” he continued. “Thousands of Russians and Ukrainians have already died just for this.”

The letter does not hold back over his former employer either, accusing Russia’s Foreign Ministry of being more interested in “lies and hatred” than diplomacy.

Speaking to the BBC, Mr Bondarev said he had “not seen any alternative” than to resign: “I don’t think it will change a lot, frankly, but I think it may be one little brick into the bigger wall which would eventually be built. I hope so.”

Mr Bondarev revealed that the invasion had initially been met by colleagues with “happiness, delight, euphoria” at the fact Russia had “taken some radical steps”.

“Now they’re less happy with that, because we’re facing some problems, with the economy first of all,” he told the BBC. “But I don’t see that many of them would repent and change their views.

“They may become a little bit less radical, less aggressive quite a bit. But not peaceful.,” he said.

In contrast, Mr Bondarev said in his open letter he had “never been so ashamed of my country” as he was on 24 February, the day the invasion began.

It is unclear if he is the first diplomat to resign from the mission, although no one else has spoken out publicly.

Mr Bondarev is under no illusions that Moscow will now see him as a traitor, but notes he hasn’t “done anything illegal”.

“I just resigned and spoke my mind,” he said. “But I think I have to be concerned about my safety of course.” (BBC) 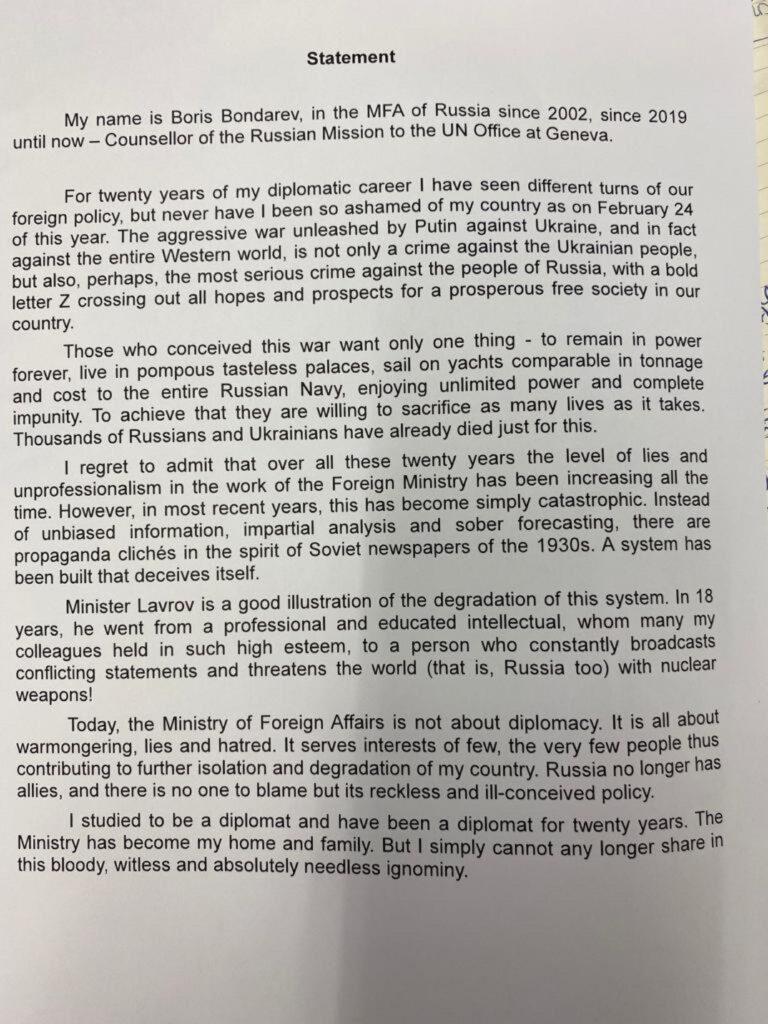