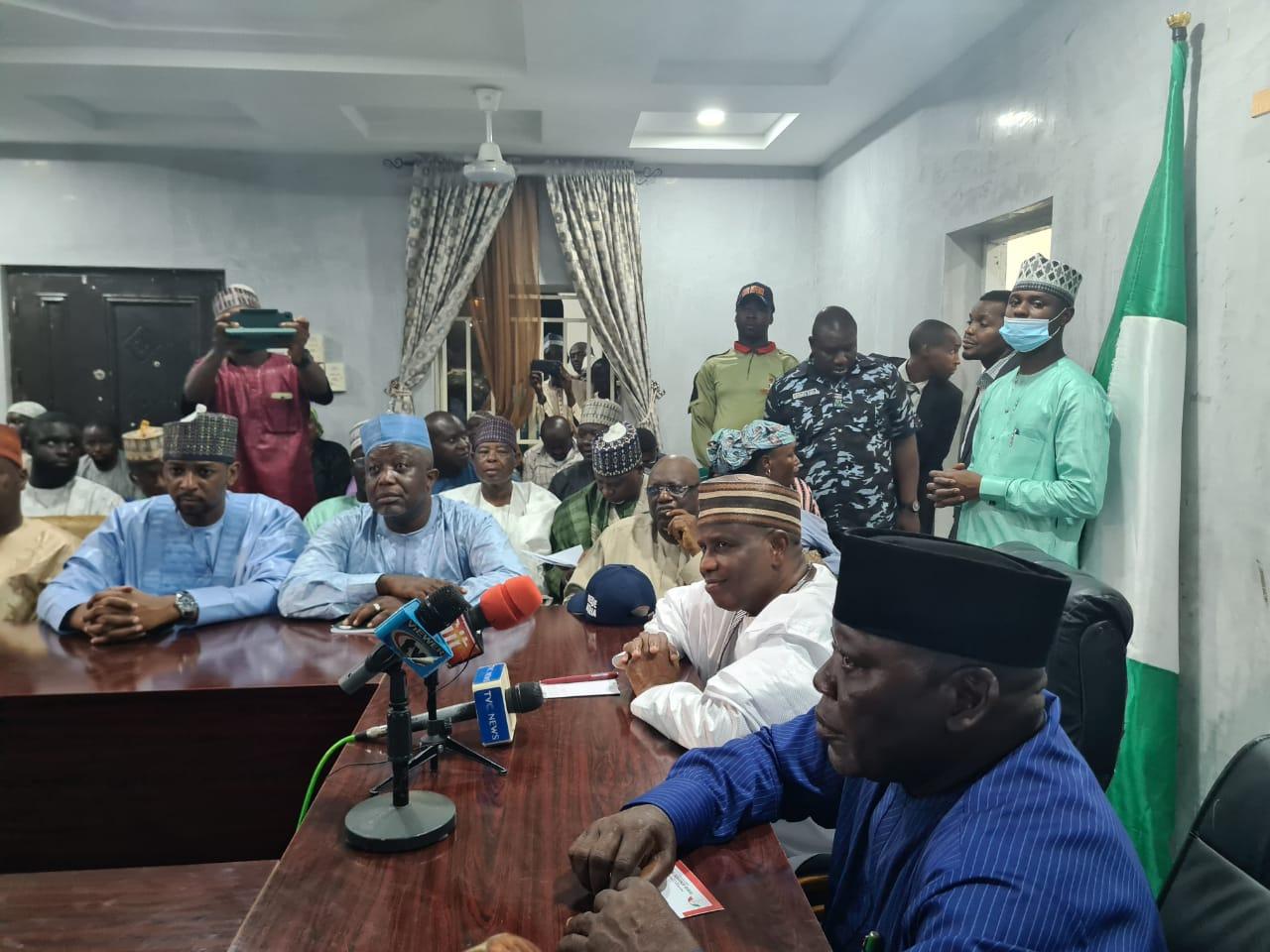 Delegates and stakeholders of the Peoples Democratic Party [PDP] in Kogi, Niger and Gombe states interacted with the leading PDP presidential aspsirant and governor of Sokoto State, Aminu Tambuwal, yesterday at their various state secetariates.

Governor Tambuwal and his entourage led by chairman of his Presidential Campaign council, Senator and Rtd General Tunde Ogbeha arrived Lokoja the Kogi state capital at about 12 noon in continuation of his nationwide consultations with PDP stakeholders and delegates, retirated that rebuilding Nigerian and fostering national unity for economic growth remains the focus on his campaign.

Specifically, the former speaker of House of Representative noted that addressing issues according to the need and want of each state is the best approach to developing the nation.

In his words; ” I know what the issues are. I have addressed national issues as the Speaker of the House of Representative. While I was speaker, I made your son the chairman of House committee on Steel and Mining even though he wanted something else. I told him, go and oversee it and fix Ajaokuta for your people. So I know the legal issues, international influence and dianamics on Ajaokuta.

He added that insecurity is a nationwide issue and even though he his a governor, there are limits to what he can do.

“No doubt the issue of insecurity is a national issue, but it has worsened under the present administration. Any attempt to vote for an APC aspirant or candidate will worsen Nigeria’s situation. Nigeria should know that APC will continue with Buhari’s bad leadership and under-development,” Tambuwal pointed out. “This will not go down well for our country as there is hardship in the land. We must not lose hope in this nation. Nigeria will rise again as we need a leader who will unite and not divide us.”

He further noted that the eight years of the APC were horrible compared to the 16 years of PDP in power, stressing that the judiciary is currently under attack.

Mr Tambwal was received in Kogi by former governors of the state, Captain Idris Wada and Ibrahim Idris popularly called Ibro as well as the state PDP chairman and state working committee.

In Minna, the state capital of Niger, Senator Zainab Abdulkadir Kure, the leader of the Peoples Democratic Party in the state was full of encomium for the visiting Presidential aspirant.

Not only did she describe Mr Tambuwal as candidate who can unify the country and bring meaningful development to Nigeria.

On his part, Aminu Waziri Tambuwal described the commissioning of the Baro Port by President Muhammadu Buhari as dubious, saying “Buhari played you 419!”.

According to him: “What President Muhammadu Buhari did to Niger State when he came for the commissioning of the Baro Port that is not in existence is 419. “Today as I am talking to you, is there anything like Baro Port working? The APC government, led by Buhari, did Niger State 419, they lied because they wanted to get votes.”

“Niger is home to the 3 major electricity source but the state barley enjoys steady power supply. This will not happen under my watch. If we fix power, industries will spring up, jobs will be created and automatically, that takes care of one of the root cause of insecurity in Niger and Nigeria,” he added.

In his response, the Niger State PDP Chairman, Barrister Tanko Beji said the delegates will not consider any presidential aspirant who did not visit the state to consult with them.

Accordingly, he said: “Anyone who visits us has shown that he respects us. It is disrespectful to assume the people would give their votes without consulting with them.

“We have agreed that any Presidential Aspirant who will not visit Niger State will not be considered to get any of our votes. Because you have come here today, we will consider you based on what you have told us. We believe that you will keep your word.”

Beji stated that Nigeria needs rescue and needs an energetic president who will be able to unite every tribe and religion adding that Tambuwal is the one who can achieve this.

Arriving in Gombe, Mr Tambuwal encouraged move the residence of the former state governor Hassan Dankwambo before heading to the Gombe state PDP secretariat where he engaged with delegates of the party on the need to cast their vote for him to come May 28.

The Gombe state PDP chairman, Abnor Kwaskwabe (rtd), who spoke on behalf of the state executive working committee said “With your track record as Speaker House of Representatives and now a serving Governor we know you have the requisite experience and crescent to stir the course of Nigeria alright.”