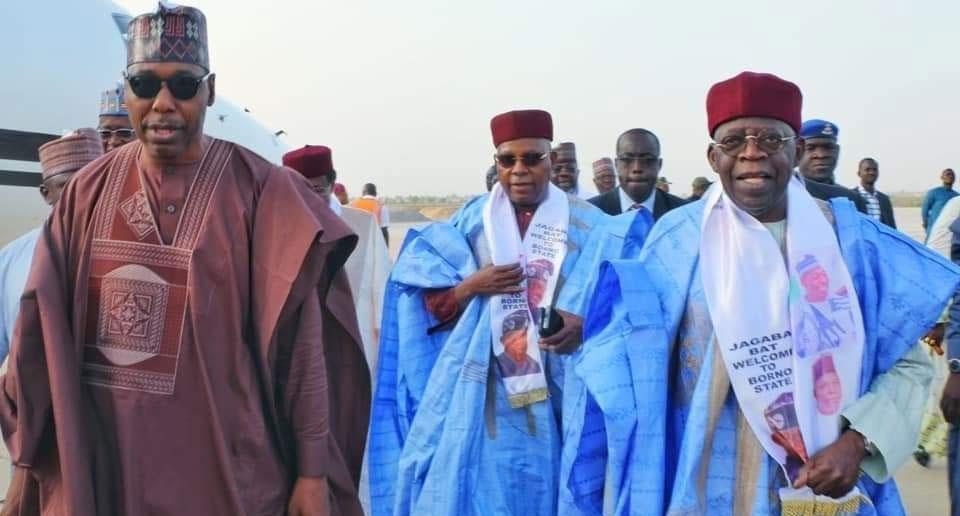 The National Leader and presidential aspirant of the All Progressives Congress (APC ) in the upcoming presidential primary election, Senator Bola Ahmed Tinubu has assured the people of Borno that if he is elected as the next President of Nigeria come 2023, he will exploit all the state’s natural endowment, especially oil exploration and resuscitation of the Lake Chad Basin irrigation farming and fishing, which are the major occupations of the majority of the people of the state.

Tinubu also pledged to ensure that peace returns permanently to the state by tackling insecurity and all other crimes bedeveling the state and region for a decade.

He made the pledge on Monday, while addressing APC national delegates from Borno who have assembled at the Multi Purpose Hall of the Government House in Maiduguri.

The presidential aspirant reaffirmed his commitment to overhaul major sectors of the country towards stabilising the economy, creating job opportunities and revitalising major ailing industries in addition to improving the roads, aviation and railway lines facilities among others.

According to him, “health is wealth and education is key to development. Therefore, if elected as president, my government will address schools and hospitals problems as well empower women and youths to become self reliant and useful to themselves.”

In his remarks, Governor Babagana  Umara Zulum of Borno State wished him success in his political ambition and prayed God to give Nigeria a credible and capable leader that has the heart of Nigerians and to take the country to greater heights.

He further asserted that Nigeria deserved a patriotic and honest leader that is transparent and responsible, who will eradicate corruption in the country which has beclouded the nation’s economy in barely all sectors of the country.

The National Coordinator /DG, Asiwaju 2023 Presidential Campaign, Senator Kashim Shettima, described Bola Ahmed Tinubu as the most suitable and qualified candidate to rule the country among all the aspirants, having sacrificed a lot and contributed immensely to the survival and stability of the party right from the cradle to its infancy and maturity stages obediently.

He said Tinubu has the determination and commitment to serve Nigerians diligently and remove the county from the shackles of insecurity and under development.