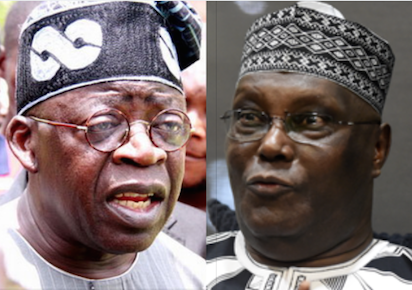 The presidential aspirant of the All Progressives Congress, APC, and former governor of Lagos state, Sen. Bola Ahmed Tinubu, has been declared winner of the just concluded 2022 APC convention.

While delivering his speech at the convention, Jagaban opined: “Today we, as members of the All Progressives Congress, gather both in celebration and in stern test of our democratic fitness.  We have all waited and worked for this day to come. Now it is upon us, we must all rise to the occasion.

“We now stand before all Nigerians. We have always said this party may well be the last best hope for Nigeria to attain its finest destiny. Thus, we shall use this convention to show the world that the APC celebrates democracy by faithfully practising it.

“Soon, we will freely and fairly nominate the person to follow President Buhari as our next standard bearer. For you delegates, this is a heavy responsibility. I know you will meet this duty with the seriousness it deserves.

“This convention also marks the end of the first phase of the 2023 election cycle. This primary season has been one of intense competition among those who aspire to the nomination. I commend the other aspirants for the dignity and zeal with which they have conducted their campaigns. Such strong, persistent competition will make us better as a party.

“By today’s end, you would have selected the party’s candidate. We shall then enter the terrain of the general election. To win, we must emerge from today a unified force focused on cooperation and shared victory.

“As President Buhari has said, our party’s objective must be to triumph in next year’s election at all levels. The candidate you select must deliver victory in the national elections and have the personal gravity and national recognition to pull us to victory in state and local elections as well. He must instil a sense of victory and confidence.

“Moreover, the candidate must unite Nigerians of all walks of life, from all parts of the country. He must have the experience, leadership, knowledge, and extensive personal contacts to steer a diverse, complicated Nigeria through this challenging period in a dynamic world.

“The other candidates are all good men. But I sincerely believe I am the person this moment calls for.

“I have the experience. I led the transformation of Lagos from a dangerous, unwelcoming place in 1999 to a clean, safe, and vibrant place and the 5th largest economy in all of Africa. I am a serious man with a serious purpose and I will use all that I know and all of my abilities to the benefit of the people.

“I have the expertise. My record of corporate leadership, my financial expertise and my experience as an executive governor make me unique among the aspirants; giving me the requisite skills to accelerate progressive reforms that will change the face of the national economy.

“I cannot, on this day, talk of a bright and prosperous future without also declaring my determination to fight terrorism and insecurity to the very end. I mourn the lives already lost and vow to do everything possible to ensure justice and forever erase terror from our land.

“Today you decide our presidential nominee. Let it be the man who can best articulate a vision of progress and development then implement it. Let us always honour the promise the APC made to Nigeria.

“I humbly ask that you nominate me as the party’s presidential candidate. Together we shall forge an even better party and a greater Nigeria.”

Six Aspirants stepped down for Tinubu, ask supporters to vote for Tinubu

As the 2022 APC convention was ongoing, six political gladiators who had prepared themselves to become the presidential candidate of the All Progressives Congress, APC, stepped down for Tinubu. They gave their respective reasons, noting that Tinubu is the best man to lead the country.

“I have decided to step aside for that life saver who is Asiwaju Bola Ahmed Tinubu”, one of the aspirants said.

Tinubu to square up with Atiku

While congratulating, former Lagos state Governor said: “I welcome the victory of Alhaji Atiku Abubakar as the candidate of the Peoples Democratic Party in the just concluded primary.

“I look forward to squaring up with him as a worthy opponent in the coming election. I have known the former Vice President as a formidable politician and a patriot who believes in the unity and progress of our dear country.

“As we move further into the election season, I charge the PDP presidential candidate and all political actors across Party lines that we should make this election season one that is devoid of bitterness, rancour and strife.

“We should make our campaigns peaceful and issue based. Election season should be a festival of ideas that will uplift our country and improve the living condition of all our people.

“Unfortunately for the PDP, its candidate will be burdened to explain why Nigerians should give it another opportunity, after squandering 16 years at the central government, without much to show”.

“Nigerians are yet to forget the national ruin and mismanagement of our country for 16 years by successive PDP administration and this bad memory will dog the campaign of the PDP Candidate.

“Nevertheless, I once again congratulate our former Vice President for his victory in his party’s primary.”