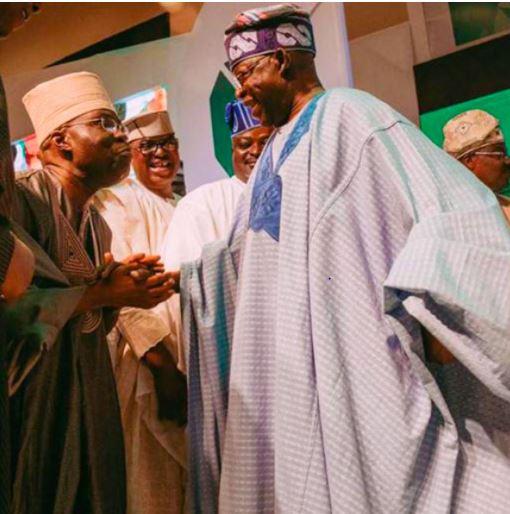 All Progressives Congress, APC, chieftain, Senator Rilwan Akanbi, has described the victory of Asiwaju Bola Tinubu at the APC presidential primary as deserving.

Akanbi, in a statement made available to Vanguard, hailed  aspirants who stepped down for Tinubu, saying the victory wasn’t surprising.

His words:”We saw it coming and you deserve the win. We are proud that this has been one of our best of democratic moments. Congratulations, Asiwaju.”

Akanbi, who also is the Deputy National Chairman of South-West Agenda for Asiwaju (SWAGA’23), further said:”My thanks goes to ex Governor Godswill Akpabio, the first to throw in the towel,  ex governor Ibikunle Amosun, Governor of Ekiti state, Kayode Fayemi, also stepped down for Tinubu. Dimeji Bankole, the former speaker of the house of representatives; Muhammad Badaru, Jigawa governor; and Ajayi Boroffice, senator representing Ondo north, who also withdrew from contesting the presidency and supported Tinubu, along with Uju Ohanenye, the only female APC presidential aspirant, who also threw her weight behind Tinubu.

“I also thank the delegates for  making the primaries free and fair. But more importantly, I want to thank President Muhammadu Buhari  for ensuring not just a free and fair party primaries, but also ensuring  the party followed democratic processes in all of its actions.

“And to Asiwaju Tinubu, your ability to lead this country after the general election, is not in doubt. We look forward to that future moment.”

“This is the beauty of democracy. I admire their courage to have participated in such a keenly competitive exercise,” he added.
The post We saw Tinubu’s victory coming – Akanbi, SWAGA chief appeared first on Nubunk News. Tinubu defeats closest rival with 955 votes, ready for Atiku in 2023
Next Article