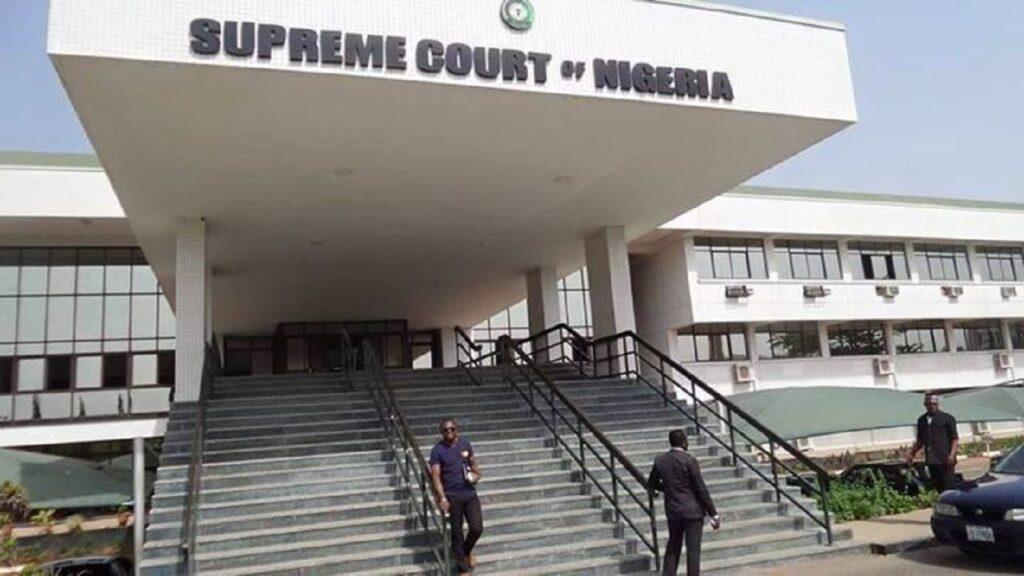 ABUJA—14 serving justices of the Supreme Court of Nigeria, SCN (names withheld), are planning to confront the Chief Justice of the Federation, CJN, Justice Ibrahim Tanko Muhammad over welfare issues.

Multiple sources told Vanguard that the aggrieved judicial officers said while the relevant Federal Government agencies saddled with the responsibility of reviewing upward their salaries and allowances have kept them on the same salary for 14 years now, the Supreme Court of Nigeria, under the leadership of Justice Muhammad, has worsened their situation by denying them the welfare package they are entitled to, even when the package was captured by the court’s budgetary allocation.

The justices who are set for a showdown with the CJN, are contending that the work they do is very serious and sensitive ones which ordinarily required the appropriate authorities to take good care of them to be able to deliver as expected.

They said unfortunately, they were currently hampered by both internal and external forces to a point that it was becoming practically impossible for them now to discharge their sensitive duties to the nation.

Vanguard reports that the Supreme Court of Nigeria is the highest and final court of law in the country, and a vital constitutional organ in the separation of powers scheme.

The Constitution of the Federal Republic of Nigeria has saddled the SCN to be its guardian. By its interpretation, the Constitution is what the Supreme Court says it is and its decisions on varying issues including life and death are final. It is a court with the highest stake in the stability and structure of Nigeria and how good governance emerges or is protected.

The justices said as important as their roles are in the country, they said they have been relegated to the background even by their own.

Specifically, one of the aggrieved justices of the court who spoke on the condition of anonymity because of the sensitive nature of the issue told Vanguard that their grievance was not unconnected with the handling of their welfare by the administration of Justice Ibrahim Tanko Muhammad.

He contended that past administrations since democracy berthed in 1999 had never treated them shabbily as it is presently as the Chief Justice had allegedly refused to give them what they were entitled to notwithstanding the fact that the entitlements were captured by the court’s budget.

Specifically, he said a number of their allowances was not paid since last year and that they were not allowed to go for their annual international training/ workshop last year while the money meant for the purpose was withheld.

Vanguard learnt that the judges are paid in dollars to embark on the annual trip for the international training/ workshop but that the present Supreme Court administration denied them.

It was learnt that in other jurisdictions, top judicial officers of their stature are exposed to series of such trainings annually to improve their skills.

Besides, they said the Chief Justice refused to sign their practice direction already prepared since the time of COVID.He was said to have practically sat on it for reasons best known to him.

It was also reliably learnt that the administration of Justice Tanko Muhammad refused to renovate their residences, arguing that the shoddy treatment did not happen under previous administrations.

The judicial officer added that the justices had, indeed, jointly prepared and signed a petition asking the Chief Justice of Nigeria to give to them all they were entitled to or escalate the matter to the appropriate authorities if nothing was done soon.

Vanguard learnt that the justices of the apex court had already reported the Chief Justice of Nigeria, CJN, to his closest friend and former Justice of the Supreme Court, Justice Sidi Bage, to call him to order.

“I can confirm that Justice Sidi Bage who is now the 17th Emir of Lafia brokered a meeting between the Chief Justice of Nigeria and other justices of the apex court to resolve the matter amicably on Thursday, June 9, 2022. The meeting held at the Supreme Court last week Thursday,” he added.

The source said that they were still talking but that there was tension in the court.

In the meantime, Vanguard recalls that a Justice of the Supreme Court who recently retired last May after clocking the mandatory retirement age of 70 years, Justice Ejembi Eko, had hinted that he left the bench worried, owing to the plight of both serving and retired judges in the country.

The jurist had expressed his views in the speech he delivered during the valedictory court session organised in his honour by the Supreme Court.

He literally invited agencies of government with investigatory powers into the courts of records in the country, including the Supreme Court of Nigeria, to compel their heads of court to open their books for scrutiny.

He raised the alarm that so many strange things were happening in the judiciary, particularly in the area of management of budgetary allocations.

His words: “My Lords, the Heads of Court in the Federation have enormous budgetary resources from which they can improve the welfare of serving judges.

”As it is currently and as the Director of Budget in the Federal Ministry of Finance disclosed recently at the memorial lecture in honour of the late Abdulkahi Ibrahim, SAN, at the Shehu Yar’Adua Centre, it is baffling that the welfare of judges remains in abject state, in spite of the increase of the budgetary allocation to the judiciary under this regime. Why?

“The said Director of Budget suggested that the panacea to the often touted under-funding of the judiciary would be for ‘the judiciary to allow its books to be opened’ by the relevant authorities.

”This clearly is an allusion, albeit an indictment, pointing to the inter a, fraud attending to the management of the budgetary resources of the judiciary.

“ Nothing stops the office of the Auditor-General of the Federation, the Independent Corrupt Practices Commission, ICPC, and other investigatory agencies from ‘opening the books of the judiciary’ to expose the corruption in the management of their budgetary resources. That will not compromise the independence of the judiciary; rather, it promotes accountability.

“In most jurisdictions, the Chief Registrar regard themselves as direct subordinates of even the spouses of Heads of Court and allow themselves to be directed willy-nilly in the vernalisation of judiciary budget.”
The post Welfare: 14 S’Court justices planning to confront CJN appeared first on Nubunk News.