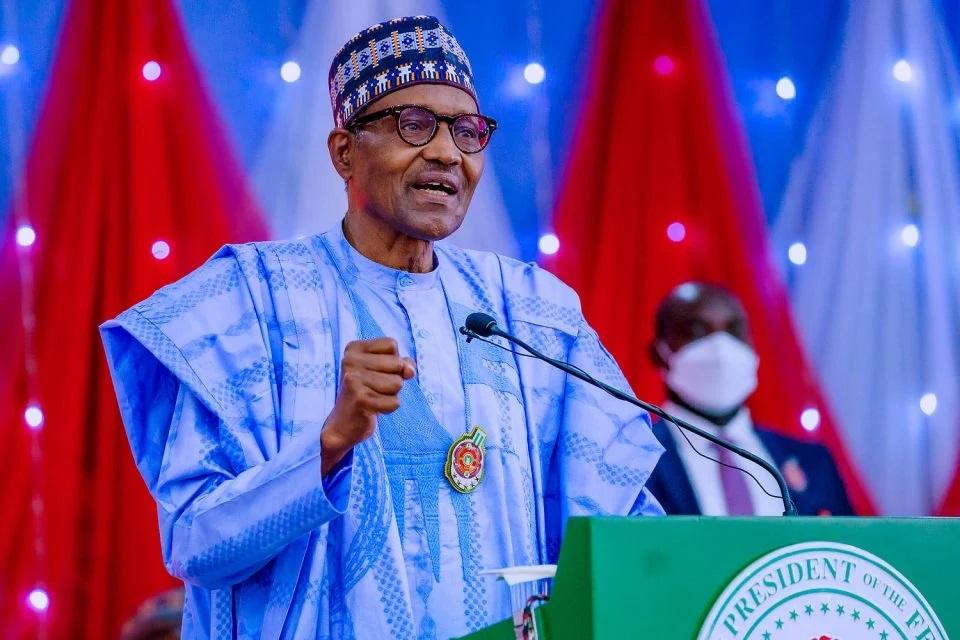 He said this followed his administration’s vision of making Nigeria more peaceful, prosperous and reliable, among nations.

Malam Garba Shehu, the president’s media aide, in a statement, said the president said th8s at the Passing Out Parade of the Regular Course 4/2016 Cadets of the Nigeria Police Academy, Wudil, Kano State, on Thursday.

Buhari noted that policies and actions of the government made impact on the tripod vision, in spite of challenges, assuring that more would still be done to safeguard lives and property, enhance livelihood and ensure probity.

“As you are all aware, this administration came to office determined to make impact in three main areas: security, building a sustainable economy and fight against corruption.

”We can say that recent positive developments in these areas have shown that despite the challenges on ground, we can see general improvement in all three areas.

“In the area of corruption, as you are all aware, I am determined to ensure that we do not have a repeat of what has gone on in previous administrations and we have taken a strong stand against pervasive corruption.

“This administration has also focused on security by repositioning our national security to perform their duties effectively.

”We have equally embarked on some crucial changes in their funding, structure, and modes of operation.

”With the launching/empowerment of the Police Trust Fund, this administration swung into action after taking the assessment of needs for possible interventions in the provision of logistics and infrastructural needs of the Force,’’ he said.

The Nigerian leader further noted that, in a fast changing world, driven by digital technology, the Nigeria Police must continually evolve on its structure and operations to make greater impact in checking crime, particularly in the virtual space.

He said: ”In a world where insecurity is constantly evolving; law enforcement responses have to equally evolve not just to keep up but to stay ahead.

”Also, as part of efforts to modernise the Nigeria Police Force, this Administration has intensified both international and local training and retraining of our officers and men in addition to providing new platforms and other resources.

“These approaches have yielded positive results as it is glaring that Nigeria’s ranking has improved on the world Counter-Terrorism global index from 4th to 6th position on the list of the most terrorised nations.

“This administration has signed into law the new Police Act to ensure an improvement in the welfare of service delivery to meet best international practices.

”As I said earlier, with the take-off of The Police Trust Fund, there has been an upgrade of infrastructure such as the construction of new barracks across the country, renovation of existing ones, construction of medical facilities, as well as procurement of modern operational vehicles.”

According to Buhari, the Boko Haram insurgency, the Indigenous People of Biafra, Eastern Security Network and banditry in some parts of the country over time, which posed a potent threat to the country, had been significantly degraded and relative normalcy had returned to most towns and villages.

He said more efforts would go into ensuring that normalcy returns to all the areas suffering banditry.

“I must specially commend the efforts and resilience of members of the Nigeria Police Force and sister agencies for the giant strides recorded so far in the fight against the prevailing security challenges.

“Across the North Central and North West of the country, we have made progress with regards to stemming the tide of communal violence, farmer-herdsmen clashes, cattle rustling, and kidnapping.

“We will continue to demonstrate zero tolerance for crime and criminality. Those who take laws into their hands, who bear arms illegally and who seek to profit from a climate of fear and insecurity will be decisively dealt with.

“That remains our promise to the people of Nigeria, who elected us to keep them safe and secured.

”The peace and stability of our dear country will continue to be of utmost importance. You, the Police are our points men and you must rise to the occasion,” the president told the graduating cadets.

Buhari also noted that security transcends law enforcement to include building the right relationships that underpin the development of secured societies.

“This is why the present administration has been fully committed from the start to strengthening existing relations between Nigeria and her neighbouring countries.

”It has always been clear to us that there is no way we can achieve the security we seek without the cooperation and support of our neighbours.

”And we have implemented at home the most far reaching social support programme ever in the country to tackle poverty at the roots: one of the drivers of insecurity.

“The graduating cadets will be taking their place in Nigeria Police Force that is destined and determined to take its place amongst the most efficient security organizations in the world.

”This is apparent in the excellent and fruitful contributions of the Nigeria Police force in foreign peacekeeping missions,” he said.

According to the president, today’s landscape extends well beyond the land, sea, and air, into the vast territories of cyberspace, noting that the internet and new digital technologies have provided a platform for the emerging offences to reach unprecedented levels.

“Many of the enemies you will confront will be permanently faceless or concealed, leveraging technology to wage warfare that has the potential to be even more destructive than anything the world has ever known.

He assured that the government would do everything possible to address the challenges facing the Academy by calling on the interventions of the relevant agencies/parastatals to facilitate the developmental plans.

“Adequate budgetary provision will be made to accommodate capital and recurrent expenditure as the welfare of staff and cadets remains among my government’s priorities.

“The successful completion of a rigorous and demanding course of this nature, no doubt, imbues today’s graduating cadets, with a sense of self-esteem and accomplishment,” he added.

While congratulating the cadets for successful completion of their training, Buhari directed them to maintain the spirit of accomplishment, as they prepare to face the tasks ahead.

“We are doomed if the reverse is the case. It is by your courage, loyalty and integrity that you can truly deserve the trust and confidence of the nation.

“I am delighted to be here today on this occasion of the Passing Out Parade of the Cadets of the fourth Regular Course of the Nigeria Police Academy.

“May I congratulate the cadets of the 4th Regular Course on this historic occasion of your passing out.

”This day marks your commendable success after a period of rigorous and intensive academic and professional training in the Police Academy that has tested your intellect, stamina and resilience. Congratulations to you all,” he said.

Buhari commended the Commandant and the entire Academy community, for the excellent work, raising new generations of Police officers who will tirelessly secure the nation 24/7.

The Commandant of Nigeria Police Academy, Assistant Inspector General (AIG), Ahmad AbdurRahaman, thanked the president for honouring the invitation, explaining that the institution was upgraded from professional training to degree awarding in 2012.

The commandant said the institution had graduated 1,748 cadets, Assistant Superintendent of Police, over the years, including the 205 who just graduated.

AbdurRahaman said all the Assistant Superintendents of Police would be immediately deployed as “pervasive actors in securing the country, most especially as the country is confronted with multifarious challenges.”