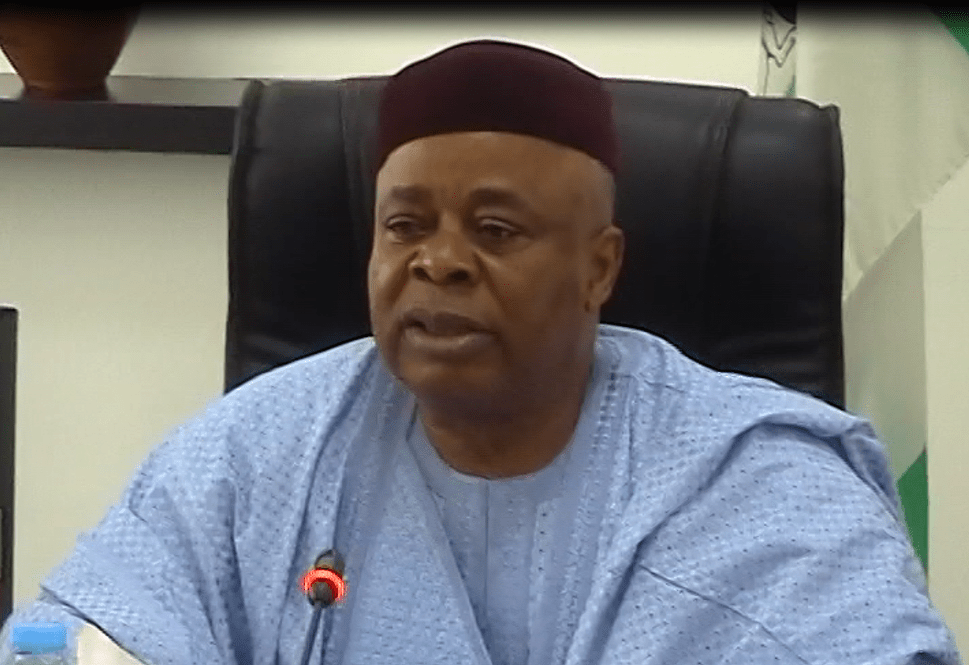 Former Senate President and Presidential Aspirant in the ruling All Progressives Congress APC, Senator Ken Nnamani has withdrawn from Tuesday’s presidential primary election of the party.

Citing injustice against the South-east where he comes from, Nnamani said the South having conceded the national chairmanship of the party to the North, there was no need for the Senator Abdullahi Adamu-led National Working Committee NWC of the party to keep dilly-dallying on zoning the presidential ticket to the South.

He said; “You will recall that on March 26, 2022, a new set of members of the National Working Committee of the APC were elected in an elective convention. In that election, there was a unity list which was endorsed by all the Governors of the party and other leaders of the party in was different region and approved by Mr. President.

“The unity list was anchored on the core principles of the party to rotate and zone political offices. The party swapped positions between the north and south. The party offices that were occupied by leaders from the south automatically transferred to the north. This explains why no southern candidate contested for National Chairman at the convention. Everyone accepted that the position of National Chairman was zoned to the north while the position of the President was reserved for the southern aspirants. The clear understanding of party members is that the Presidential Candidate of the party will come from the south and only aspirants from the zone will vie for the office.

“This is a logical follow-up to the outcome of the National Convention. The statements of party leaders confirmed this general perception. In the initial weeks after the announcement of timetable for the election and commencement of sale of forms, the belief that APC would zone its presidential ticket to the south continued because only southerners purchased forms, except the notable exception of Gov. Yahaya Bello”.

Nnamani noted that the fact that leading northerners failed to indicate interest in the race convinced many that the APC will thread the path of honour and justice by zoning its presidency to the south after a northern president has completed eight years under its platform.

Expressing his dissatisfaction, Nnamani said; “the events of recent days created the impression that zoning had been jettisoned in the APC. The vacillation of party leaders regarding zoning of the APC presidential ticket has not created clarity in the party and injures the confidence and faith of many in the south, particularly the southeast, in the party. It has the implication of suggesting to many in the party, including myself, that the party will allow conveniences of the moment to override foundational issues of justice and fairness. Considering the events of the recent past, all well-meaning Nigerians must reaffirm faith in the constitutional values of justice and fairness.

“These values are what will sustain our democracy as we confront the headwinds of pluralism and sectarianism. We should never allow short-term political advantages to override these values. But let me commend the eleven Governors from the north for the intelligence and the courage to speak out in defense of zoning the APC presidential ticket to the south. This gesture, though belated, is an example of statesmanship in time of anxiety. By recognizing the centrality of justice in our politics, these governors have underlined a core value in our republican government. Their action has given further hope that justice still means something for us. It could have been more reassuring and impactful if their statement was issued early and adopted by the National Executive Council (NEC) of our party. It would have had greater impact if the statement argued for the presidential ticket to be micro-zoned to the southeast as the only zone in the South that has not produced President and Vice President since the return to democracy.

“Another issue that confused the process for the primary was the lack of certainty on schedules and timelines. This uncertainty frustrated effective campaign and made the primary a game for those with deep pockets (who are those mostly in control of state funds and those in political offices) and those who control party structure. I am not in any of these groups. But I have the ideas and competences to get the country working, to solve the crises of economic stagnation, insecurity and political instability. My faith for entering the race is that I will have the opportunity to present my credentials, achievements and idea for the future of Nigeria. I had anticipated that the NWC will be more definite with plans and completed the screening on time to allow for meaningful consultations and campaigns. But that opportunity never came. The schedules were uncertain even until a few days to primary.

“In the present circumstances, it does not make any sense for me to continue in the race as I have not had the opportunity to market my profile and ideas to the delegates of our party in a manner that allow for deliberation and introspection.

“Therefore, I discontinue my aspiration and wish the party successful primary and unity of purpose so that we can win the 2023 general elections. I will continue to engage with the party and its leadership to make sure that the ideas and values that I cherish and propagate find strong footing in the party administration and in public leadership after election”, he stated.

The former Senate President added that no matter the outcome of the primary, he prays that the party does justice to the southeast that ought to present the next presidential candidate of the APC.

“I would be glad if any of my colleagues from the southeast vying for the office wins the primary. Any of them can provide strong leadership to the country”, he added.
The post Why I withdrew from APC Presidential race – Ken Nnamani appeared first on Nubunk News.