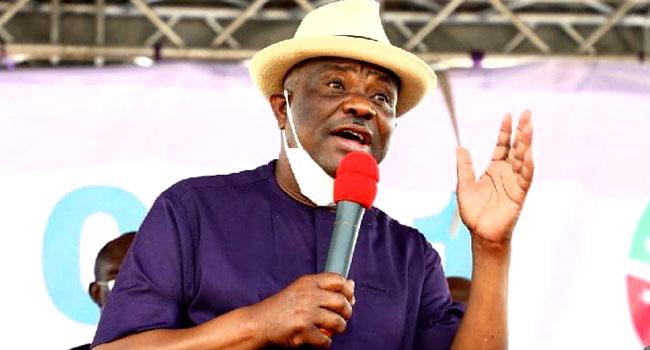 “This senseless political war between Governor Wike and former governor, Rotimi Amaechi (his beloved brother) must stop now”, he said in a statement, Saturday.

” God Almighty is my witness that since the year 2014, I have been appealing directly to both of them to peacefully reconcile their political differences over the 2015 governorship of Rivers state, but sadly, they chose to ignore me and take contrary advice from others who do not really care about them and do not that desire peace and love continue between them.

“The fact remains that both of them are the most patriotic and most outstanding governors of Rivers state so far since its creation in 1967.

“They got and showed rare courage in the defence and advancement of the overriding interests of the people of Rivers state to the envy of others. As governors, they both are the pride of our South-South geopolitical zone.

“Before 2014, they stood firmly together and took the risks of their lives defending each other against internal and external enemies

“Without one, the other would not have been governor of Rivers state. Yes, quote me anywhere.

“They are, not were, two very close brothers until the choice of who takes over from Amaechi as governor in 2015 set them apart. Nothing more!

“As expected, their common external and internal enemies took advantage of this and created a senseless political war of this magnitude that has claimed the lives of some of their supporters. A member of Rivers state House of Assembly almost lost his life in the hallowed chamber as a result of this.

“But this unjustified war between them must stop and stop now! I have vowed and told both of them that I will not stop appealing and advising them to reconcile this minor political disagreement between them until they see wisdom in heeding my advice.

“They both need each other to survive more than each of them needs any other person.

“God forbids, if one of them falls, the other must fall, because one chain of life binds them together”, he said.
The post Wike, Amaechi should cease-fire on useless political war – Igbini, activist appeared first on Nubunk News. Portable apologises to Headies after police report
Leave a comment